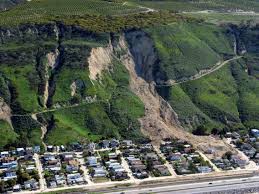 ANN ARBOR—With the monsoon fast approaching, the landslide risk in Nepal remains high a year after a magnitude-7.8 earthquake that killed more than 8,000 people, according to a University of Michigan-led research team.

The April 25, 2015, earthquake struck central Nepal and was followed two weeks later by a magnitude-7.2 aftershock. Both events produced strong ground shaking in the steep terrain of the Himalaya Mountains, causing widespread landsliding.

In the past year, the U-M-led team has mapped 22,000 landslides caused by the Nepal earthquakes. The maps will be used to identify areas of continued high landslide risk, said Marin Clark, a U-M geomorphologist and geophysicist who studies tectonic movements in the Himalayas and who is an expert on landslides triggered by earthquakes.

Hillsides stripped of vegetation by earthquake-generated landslides become hotspots for further landsliding during summer monsoon rainstorms, said Clark, an associate professor in the U-M Department of Earth and Environmental Sciences.

“While last year’s monsoon was relatively mild, concern is high over what to expect this summer, if we were to have a normal or stronger-than-typical monsoon,” Clark said. “We’re releasing this new landslide inventory in time for the upcoming monsoon season so that government officials and aid organizations can use it to help a country that’s still recovering from last year’s disaster.”

With funding from the National Science Foundation, Clark and her colleagues have been studying the effects of last year’s Nepal earthquakes on the landscape by analyzing where and why the landslides occurred. They used drones during the 2015 field season to help locate and map the landslides.

Clark’s collaborators on the study include Dimitrios Zekkos of the U-M College of Engineering and Joshua West of the University of Southern California. U-M graduate students Julie Bateman and Will Greenwood participated in the fall fieldwork, and undergraduate student Kevin Roback developed the digital landslide inventory.

The highest density of Nepal landsliding, and therefore the location of highest ongoing risk, is concentrated in four large river valleys, one of which contains the main road from Nepal to China, Clark said.

U-M graduate students will head back to Nepal next month to conduct additional fieldwork. Clark will return with a team of faculty researchers and students in the fall and is coordinating with groups from Switzerland and Germany. The landslide inventory and a related research article will be submitted for publication in a peer-reviewed journal.