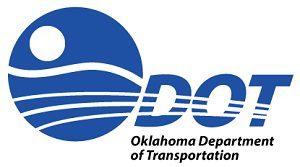 The Oklahoma Department of Transportation said it will continue to inspect roadway bridges after earthquakes, but will start those inspections at a threshold of 4.7 magnitude tremors.

The department said it was “relieved by the results of a recent scientific analysis showing it’s unlikely that a 4.6 or less magnitude earthquake will damage transportation infrastructure in the state, including bridges,” and was incorporating the new information into its bridge inspection protocol this month.

Oil- and natural gas-rich Oklahoma is one of several states registering a higher number of seismic tremors, which many associate with the extraction industry’s use of hydraulic fracturing techniques to bring energy commodities to the surface.

The new study showing no transportation infrastructure damage below a 4.6 event “is great news for Oklahomans concerned with the long-term effects of increased earthquakes in our state,” said Mike Patterson, ODOT executive director. “Our department has aggressively inspected bridges and infrastructure for the past few years and learned a great deal through this process about this relatively new phenomenon in our state.”

ODOT said that Infrastructure Engineers Inc., a team of consultants that worked closely with researchers from the University of Oklahoma, validated ODOT’s inspection process in a year-long study of earthquake data. It also revealed there was no structural damage on bridges after tremors below magnitude 4.7, ODOT said, “indicating that bridge inspections are unnecessary below this level.”

The agency said it previously checked bridges after almost every earthquake, and later adjusted procedures to inspect after every 3.0-magnitude event.

Then after consulting national experts including the California Department of Transportation, the U.S. Geological Survey and Oklahoma Geological Survey, it said it changed that protocol in mid-2014 to require inspections after every 4.0-magnitude event within a 5-mile radius of the epicenter.

Now, it said, the magnitude of an earthquake will determine how wide an area from the epicenter crews will need to inspect bridges.

Starting this month, ODOT said crews will respond immediately to earthquakes at these new levels:

“We were conservative in our approach to bridge inspections, but now we have the science to know with more certainty that 4.0- to 4.6-magnitude earthquakes present no danger to transportation infrastructure in the state,” said Casey Shell, ODOT’s chief engineer. “This change in protocol allows the department to better focus its resources.”

Shell said ODOT has never found any structural bridge damage in the state related to earthquakes since inspections began in 2013. The agency said Oklahoma’s bridges meet federal design standards, meaning they are meant to safely withstand some degree of vibrations and movement.

It said the $575,000 study also produced a post-earthquake bridge inspection manual that describes best practices in detail, and provides a step-by-step inspection guide.

“This comprehensive document will be used by all ODOT bridge inspectors statewide, and will be shared with other state agencies and government entities such as the Oklahoma National Guard and with counties and municipalities, ODOT said.

The study also provided training to ODOT personnel, which will be shared with other agencies, as well as detailed structural analysis on three bridges representing those typically used in Oklahoma.

During the next fiscal year a second phase of that study is to create an analytical program that help plan a localized inspection route based  on combined ODOT bridge data and earthquake data. That will help inspectors respond even more quickly, ODOT said, and be more cost-effective while ensuring safety for motorists.