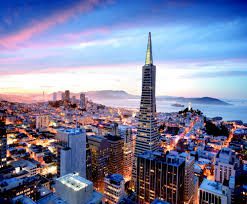 Mayor Edwin M. Lee  announced the release a citywide resiliency strategy created as part of a grant from 100 Resilient Cities – Pioneered by the Rockefeller Foundation (100RC). One of the recommendations of the City’s Resilient San Francisco – Stronger Today, Stronger Tomorrow – is the launch of the new Office of Resilience and Recovery.

“San Francisco has a history of solving our challenges through bold action,” said Mayor Lee. “On the anniversary of the 1906 Great Earthquake and Fire, we remember our City’s past and look to the future. This new office will oversee the implementation of the resilience strategy and continue to work alongside City departments and work with our communities to ensure we are taking the steps necessary to make sure San Francisco rapidly recovers from any emergency.”

Resilient San Francisco was developed in partnership with the public, private, and nonprofit sector, along with local community leaders and stakeholders. It comes with commitments from 100RC Partners as well as local and national philanthropic organizations.

“Improving the City’s individual systems and structures will increase the City’s resilience overall,” said City Administrator Naomi Kelly. “That is why resilience must be a multi-pronged strategy focused on establishing a framework by which we can ensure that the decisions we make are based on an integrated approach that will yield multiple benefits today and tomorrow.”

“Disasters amplify our existing problems,” said San Francisco Chief Resilience Officer and Office of Resilience and Recovery Director Patrick Otellini. “This strategy is focused on minimizing the impacts of disasters by doing what we can now to actively plan for a robust and inclusive recovery. That means taking action now.”

In 2014, San Francisco was one of the first cities selected from a pool of approximately 400 applicants, to join the 100RC network, along with Oakland, Berkeley and Los Angeles. The network spans a diverse group of cities including New Orleans, Paris, Medellin and Mexico City.

In addition to creating the Office of Resilience, the strategy features 54 specific initiatives aimed at creating a more resilient San Francisco. These actions include:

100 Resilient Cities – Pioneered by the Rockefeller Foundation helps cities around the world become more resilient to social, economic and physical challenges that are a growing part of the 21st century. The Rockefeller Foundation named San Francisco in the inaugural group of 100 Resilient Cities in 2013. San Francisco joined other cities such as Christchurch, Rotterdam and Medellin in a global network tasked with building resilience to the physical, social and economic challenges cities are increasingly facing in the 21st century. The cities of Oakland, Berkeley and Los Angeles were also named from the State of California. 100RC provides critical assistance: funding for a Chief Resilience Officer in each member city who will lead the resilience efforts; resources for drafting a resilience strategy; access to private sector, public sector, academic and NGO resilience tools; and membership in a global network of peer cities to share best practices and challenges. 100RC currently has 67 member cities.