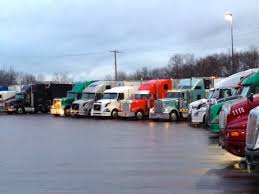 Arlington, Va. – Traffic congestion on the U.S. National Highway System (NHS) added over $49.6 billion in operational costs to the trucking industry in 2014, according to research released today by the American Transportation Research Institute (ATRI).  ATRI utilized a variety of data sources as well as a revised methodology which facilitated the expansion of its previous cost of congestion research from the Interstate System to the entire NHS network. This resulted in calculated delay totaling more than 728 million hours of lost productivity, which equates to 264,500 commercial truck drivers sitting idle for a working year.

ATRI’s analysis also documented the states, metropolitan areas, and counties that were most impacted by these delays and subsequent increased costs.  More than a dozen states experienced increased costs of over $1 billion each due to congestion, with Florida and Texas leading with over $4 billion each.  As expected, traffic congestion tended to be most severe in urban areas, with 88 percent of the congestion costs concentrated on only 18 percent of the network mileage, and 95 percent of the total congestion cost occurring in metropolitan areas.  This concentration of congestion has been well-documented in ongoing work by ATRI which annually identifies the worst truck bottlenecks in the U.S.

The analysis also demonstrates the impact of congestion costs on a per-truck basis, with an average increased cost of $26,625 for trucks that travel 150,000 miles annually.

As part of this analysis, ATRI has created a congestion cost database to provide granular cost information to transportation planning officials on the hours of delay and associated cost by major jurisdiction type and road level.

“Unfortunately, we’ve come to expect traffic congestion as a part of our daily lives but ATRI’s latest analysis illustrates what a significant productivity drain that congestion is on our industry and the economy at large,” said David Congdon, Chief Executive Officer of Old Dominion Freight Line.

You can download a copy of this report here.

ATRI is the trucking industry’s 501(c)(3) not-for-profit research organization. It is engaged in critical research relating to freight transportation’s essential role in maintaining a safe, secure and efficient transportation system.  You can visit ATRI’s website at www.atri-online.org to see more ATRI research.