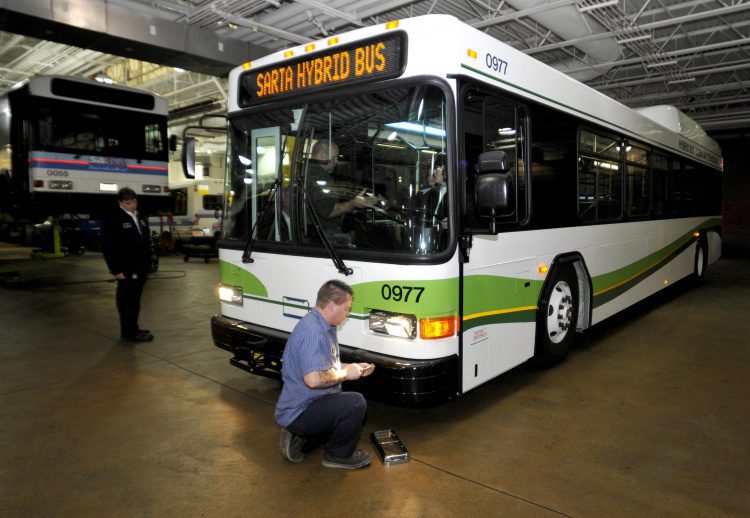 “This Administration is committed to investing in an economy powered by clean transportation,” said U.S. Transportation Secretary Anthony Foxx. “The Department of Transportation is proud to build on the successful Low-No program to put more American-made, energy-efficient buses into service across America.”

FTA awarded the FY 2015 funds after a highly-competitive review process that prioritized transit agencies and bus manufacturers with strong records in building, deploying, and operating clean buses and infrastructure. The Low-No program helps advance President Obama’s vision for a 21st Century Clean Transportation System and the Department’s Beyond Trafficframework for investing in a strong and sustainable transportation network that will meet the needs of our nation in the years ahead.

“Thanks to these grants, more transit riders around the country will be able to enjoy the latest in bus technology, resulting in cleaner air and lower costs in the long run,” said FTA Acting Administrator Carolyn Flowers. “By supporting American manufacturing and local workers, FTA’s Low-No grants exemplify Secretary Foxx’s commitment to building Ladders of Opportunity.”

Among the projects selected in this round of Low-No funding:

The FTA’s Low or No Emission Vehicle Deployment Program was established under the Moving Ahead for Progress in the 21st Century Act (MAP-21) and re-authorized in the Fixing America’s Surface Transportation (FAST) Act.FTA previously awarded $55 million to 10 projects in February 2015 under the first round of funding made available through this program.

The FAST Act also made the Low-No program, previously funded and managed under FTA’s research programs, a subset of the larger competitive bus program. Interested parties currently have the opportunity to apply for $55 million in FY2016 Low-No funding, for which the application period closes in May 2016.

The Low-No program focuses on commercializing the cleanest and most energy-efficient U.S.-made transit buses to help reduce emissions such as carbon dioxide and carbon monoxide. The program builds on the success of FTA’s National Fuel Cell Bus Program, which invested in the research, development and testing of alternative fuels and related equipment for the transit industry.