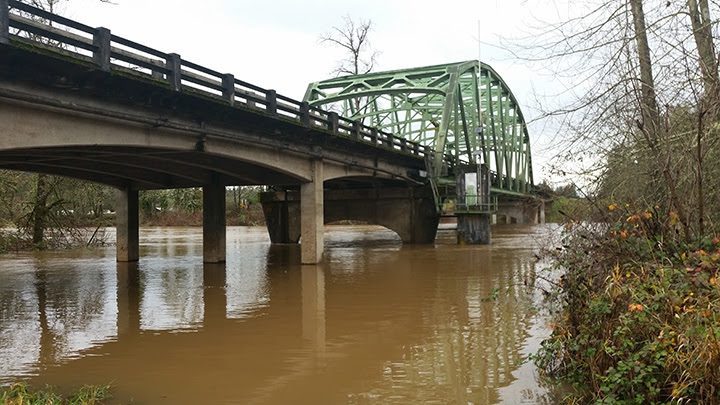 The maps, in conjunction with the real-time stage data from the USGS streamgage at Coast Fork Willamette River and National Weather Service flood-stage forecasts, will help guide emergency management personnel and residents with information that is critical for flood response activities, such as evacuations and road closures, as well as for post-flood recovery efforts.

Before this study, officials from Lane County and the Cities of Creswell and Goshen had to rely on several information sources to make decisions on how best to alert the public about and mitigate flooding along the Coast Fork Willamette River. In addition, the accuracy and usefulness of flood forecasts decreased with distance from the USGS streamgage, which is the NWS flood-forecast location.

“These new flood-inundation maps will improve the ability of emergency managers and the public to plan for impending floods and their aftermath,” said Dar Crammond, director of the USGS Oregon Water Science Center. “In addition to providing better forecast accuracy over a wider area than existing methods, the maps will allow anyone with an Internet connection to view projected flooding based on river stage.”

The maps and other useful flood information are available at the USGS Flood Inundation Mapping Program website and the NWS Advanced Hydrologic Prediction Service flood Warning System website. Users can select estimated inundation maps that correspond to current stages at the USGS streamgage, the NWS forecast peak stage or other desired stream stages.