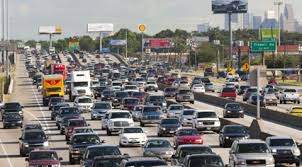 “The Department is taking a major step to improve accountability and address the costly congestion problem that is plaguing our nation every day. Commuters and truck drivers from every State and region will be able to learn valuable information about how transportation investments are performing in delivering reliable highway travel with minimal delays and less air pollution,” said U.S. Transportation Secretary Anthony Foxx. “We are also taking a hard look at how to track progress on reducing greenhouse gas emissions from transportation, and I’m looking forward to what we hear back on this important topic.”

The measures address the concerns outlined in the USDOT report Beyond Traffic, which examines the trends and choices facing America’s transportation infrastructure over the next three decades, including a rapidly growing population, increasing freight volume, and the need to mitigate environmental impacts.  The proposed regulation also invites comment on the potential to establish a performance measure to address reduction in greenhouse gas emissions.  The rule is a down payment on the administration’s 21st Century Clean Transportation Plan, a budget proposal to reduce traffic and carbon intensity of the transportation sector.

FHWA’s National Performance Management Research Data Set, a relatively new data tool that collects actual travel times from vehicles, will be used by states to monitor system performance. All state departments of transportation and metropolitan planning organizations would be required to use travel time data to establish performance targets and report on progress.

In addition, the reduction in criteria pollutants resulting from federally funded projects will also be estimated and reported.   FHWA is also seeking comment on whether and how to establish a greenhouse gas emissions measure.

“These measures will enhance a data-driven approach that will lead to better informed decisions on how and where to focus our efforts to reduce congestion,” said Federal Highway Administrator Gregory Nadeau. “Ultimately, the goal is to improve the system, enhance our nation’s productivity, and support the economy.”

The proposed regulation is expected to bring about greater accountability nationwide in addition to more consistency in data collection and analysis and more comprehensive practices.  Overall, the proposed rule will provide FHWA with better information to more fully understand how different investment strategies have led to improved system performance.