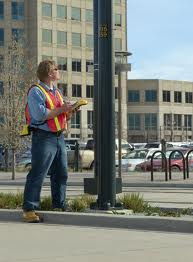 Holy Cross Energy, a member-owned electric cooperative utility that serves more than 55,000 consumers in western Colorado, recently used Esri technology for a street and security light project that has helped update and correct its billing system.

“We have saved $442 per month for one of the towns we serve, as they were paying for devices that no longer existed and were paying for higher wattage bulbs than they should have been,” said Holy Cross Energy meter supervisor Tonya Warmenhoven. “An association in our service area, on the other hand, had been getting free street lighting and the address marker power for at least 10 years. They are now billed $600 per month for 178 new devices we have added.”

Holy Cross Energy can now provide correct information to its consumers and its billing department. Service and billing personnel now have precise data about devices in the field. In the past, field crews would have had to call the billing department to get information about street and security lights. Now they have access to that data via laptops in the line trucks.

Since 1969, Esri has been giving customers around the world the power to think and plan geographically. The market leader in GIS technology, Esri software is used in more than 300,000 organizations worldwide including each of the 200 largest cities in the United States, most national governments, more than two-thirds of Fortune 500 companies, and more than 7,000 colleges and universities. Esri applications, running on more than one million desktops and thousands of web and enterprise servers, provide the backbone for the world’s mapping and spatial analysis. Esri is the only vendor that provides complete technical solutions for desktop, mobile, server, and Internet platforms. Visit us at esri.com/news.