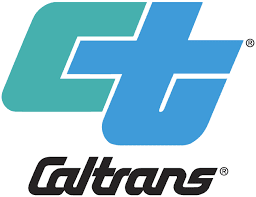 SACRAMENTO – Four California Department of Transportation (Caltrans) employees who showed courage in the face of danger were presented with the Governor’s State Employee Medal of Valor Award.

“All Caltrans employees are honorable servants of the state of California – with many exposed to the elements, explosives, heavy equipment and fast-moving traffic, but once in a while an employee will display extraordinary bravery, courage and selflessness in the face of danger,”  said Caltrans Director Malcolm Dougherty. “We honor those employees and thank them for their continued service.”

Gold Medal of Valor awards were presented to Caltrans Senior Photographer Steven Hellon and Caltrans Equipment Operator II Mark Johnson for risking their lives to save another human life. Caltrans Equipment Operators Dave Ackley and Dain Hartman received silver Medal of Valor awards for risking their life to save another human and state property.

Hellon was taking pictures for Caltrans Dec. 16, 2014 at the Merced Amtrak station when he saw a woman running along the platform trying to catch a moving train. She fell between the train station platform and the moving train and Hellon sprinted to her, and pulled her out – just seconds before the train rolled over the tracks.

Johnson earned his gold medal for rescuing a pregnant woman who had just crashed her car into his Caltrans skip-loader tractor on State Route 14 near Agua Dulce on June 22, 2015. Her car caught on fire and she was trapped inside, Johnson pried open the door to her car helping her to safety before extinguishing the resulting grass fire.

Caltrans Equipment Operators Dave Ackley and Dain Hartman were honored with the silver Governor’s Medal of Valor for rescuing an injured flight instructor from a burning crashed aircraft in a rural area near State Route 36 in Humboldt County on Feb. 2, 2012. Ackley and Hartman called for help to airlift the injured instructor to a hospital, and with their coworkers from the Bridgeville Maintenance Crew they put out the grass fire caused by the burning aircraft.

The State Employee Medal of Valor Award is the highest honor California bestows on its public servants. Governor Edmund G. Brown Sr. presented the first awards in 1959. Today about 600 state employees have earned that honor for displaying bravery, courage and selflessness in the face of danger.