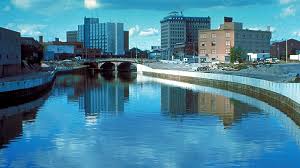 LANSING, Mich. — A new report commissioned by the Michigan Infrastructure & Transportation Association (MITA) found that Michigan and its communities are not keeping up with the multimillion-dollar investments needed to ensure clean drinking water and wastewater treatment for residents and businesses now and in the future.

The report, prepared by Public Sector Consultants (PSC) for MITA, says that investment statewide is hundreds of millions of dollars below what is needed each year. Communities throughout Michigan face the challenge of updating and maintaining infrastructure, with most drinking water and wastewater systems built between 50 and 100 years ago, and some dating back to the 1800s.

Findings from the report detail significant gaps in the infrastructure needs and level of investment from communities across the state.

“The time to be more proactive is now,” said Lance Binoniemi, MITA vice president of government affairs. “The underfunding of our underground infrastructure has been going on for much longer than the recent Flint crisis. Sewer and water systems are critical resources that aren’t being acknowledged or dealt with until we’re in the midst of a crisis. An essential role of government is to ensure communities have reliable drinking water and wastewater treatment. We need to make an important investment in the health and well-being of Michigan residents by addressing our infrastructure needs.”

A number of recent crises in Michigan exposed serious deficiencies in water infrastructure, including:

PSC conducted a thorough analysis of water infrastructure spending in Michigan by looking at data from the U.S. Census Bureau. Each year, the bureau collects information from local and state governments on revenue and expenditures through its Annual Survey of State and Local Finances. PSC also examined data from the Municipal Advisory Council of Michigan, which maintains records of outstanding bond debt held by Michigan communities, to gain insight into all open loans related to water and sewer infrastructure. The report also used surveys from the EPA that estimate both drinking water investment needs and wastewater and stormwater investment needs to reach the report’s conclusions.

“These findings go beyond the headlines in the news and provide critical insight into the severity of Michigan’s infrastructure needs,” said Jonathon Beard, environmental consultant at PSC. “Michigan residents are justifiably concerned over the safety of their water. We were pleased to work on this important project to shed light on the need for improved investment in the state’s aging water and sewer infrastructure.”

The full report is available on MITA’s website: https://mi-ita.site-ym.com/page/PSCreport

MITA is a statewide trade association that represents a broad spectrum of heavy construction companies and suppliers that help build a better Michigan from the ground up.  For more information, visit www.mi-ita.com.