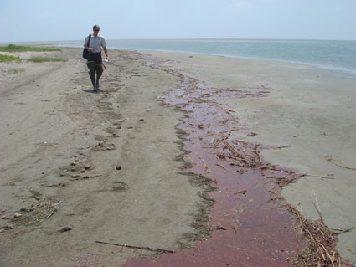 Matt Ball on April 12, 2016 - in Corporate, Oil & Gas, Planning, Water
In response to the tragedy of the Deepwater Horizon oil spill, the Federal Government and specific agencies of government acted to ensure that Gulf Coast oil and gas operations were conducted with utmost safety. The America’s WETLAND Foundation (AWF) is concerned that some provisions of the proposed Well Control Rule proposed by BSEE could have unintended consequences leading to less safety and environmental protection and a reduction in overall revenue sharing directed to financing coastal restoration.
On September 21, 2010, AWF issued a report, “Secure Gulf Project: Sustaining Natural Resources and the Communities of America’s Energy Coast.” The report was a quick response to the BP Oil Spill and recommended both regulatory and voluntary actions. It also noted President Obama’s comment on the spill in August 2010, when he said, “The real protection for New Orleans and the coast are wetlands. The oil spill is a new opportunity for us to take a look comprehensively and ask how do we do things better and how do we do things smarter than we have done.”
AWF’s report, which focused on response, recovery and resiliency, sounded the call for cooperation and encouraged industry working with federal and state agencies to voluntarily address environmental, safety and health issues laid bare by the BP spill. The report also cited the necessity in building greater agency capacity to understand the complexities of the highly technical industry. Our hope is that for optimum safety the rule meets the proper balance of technical expertise and government oversight. In other words, let’s retain what’s working in favor of untried or speculative procedures.
Through the years, AWF has aggressively advocated for the sharing of offshore oil and gas revenues and for dedication of those future funds to coastal restoration. And, the Foundation continues to encourage private sector participation in restoration initiatives focused on sustaining both environmental and economic assets. However, there is concern that the new rule may take advantage of momentum following the oil spill and create administrative delays that could effectively establish a de facto moratorium on oil and gas drilling and jeopardize the amount of revenues that could be shared with the state.
In a recent letter to BSEE, Louisiana Governor John Bel Edwards said, “A de facto drilling moratorium in the Gulf could weaken an economy that continues to rebuild and devastate Louisiana families and communities that depend on a robust offshore energy industry. Furthermore, this will hinder collective coastal restoration and hurricane protection efforts that are funded through offshore oil and gas revenues.”
The application of general criteria as proposed may not allow for more discrete technical applications which would result in stronger environmental protections. In this regard, AWF’s earlier call for capacity building in the area of technical expertise was to protect from standardization that could aggravate a specific well episode or operation.Highly prescriptive guidelines mandated in the rule deviate from the application of revised industry-accepted practices and may fail to take into account individual well conditions and monitoring. There is a reasonable debate about whether requirements actually increase the risk of compromised casing and cementing. AWF urges that engineering and environmental certainty prevail in rule requirements.
All parties and interests benefit by a process in which best practice and expertise are employed to clarify rule making. AWF encourages BSEE to allow further vetting of the rule requirements that could result in unintended consequences and to engage in further dialogue with informed experts to consider potential changes that will result in safe OCS oil and gas operations, environmental protection and public safety.