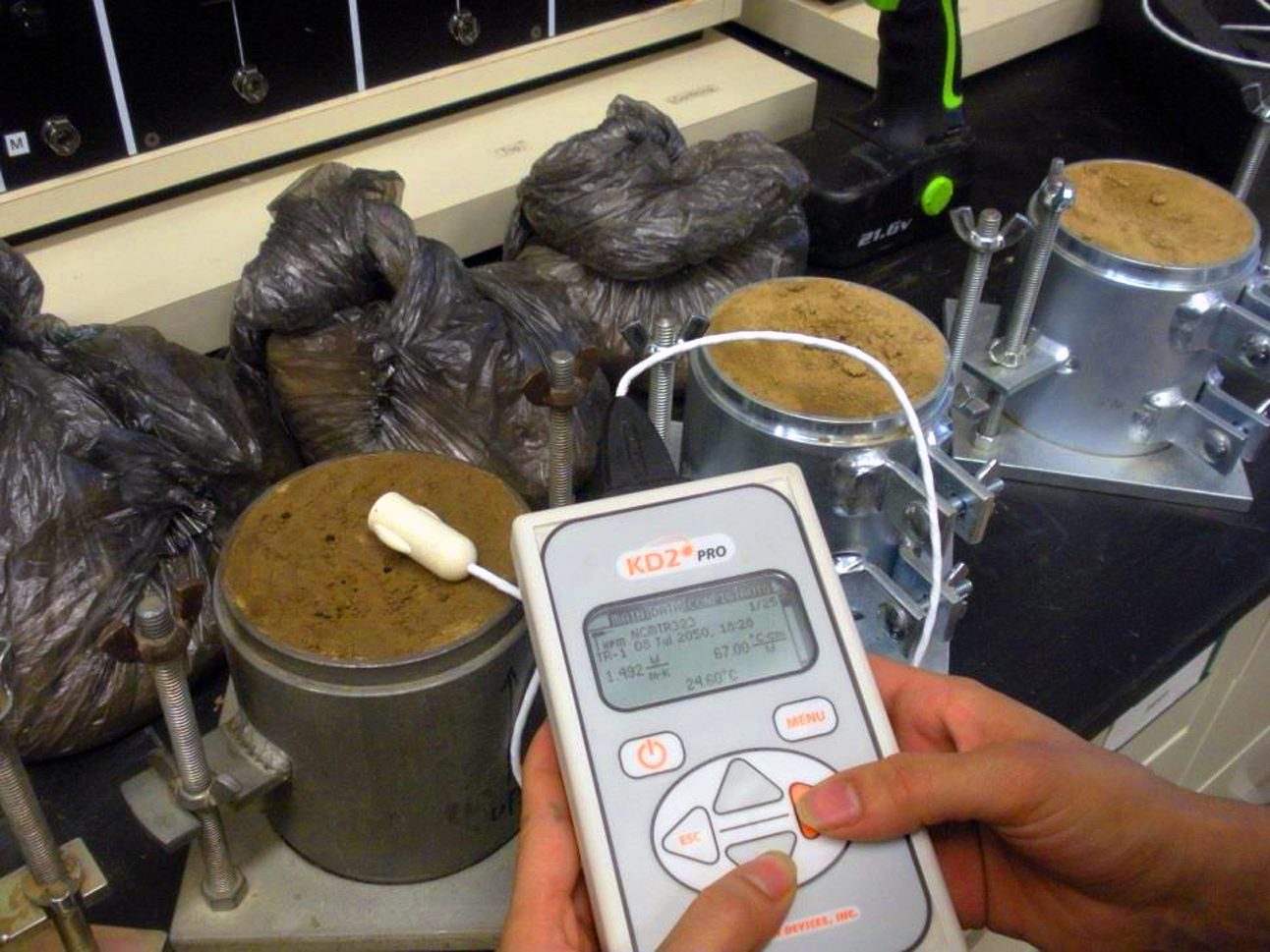 April 6, 2016—It’s a rite of spring as routine as the return of the first robin: spring weight restrictions going into effect across the state to protect roads during the thaw. What isn’t so routine is exactly when these restrictions, also known as “frost laws,” go into effect and how long they last. But researchers from Michigan State University (MSU) and the Michigan Department of Transportation (MDOT) are trying to make the process more predictable.

Each spring, as roads that have been frozen all winter begin to thaw from the surface downward, melting snow and ice saturate the ground. The roadbed, softened by trapped moisture beneath the pavement, is more susceptible to damage during spring than at any other time of year. It’s also the time of year when potholes begin forming due to the freeze-thaw cycles.

“Research shows that our pavements are most vulnerable during the spring thaw,” said Richard Endres, head of MDOT’s geotechnical services section. “The accuracy and timing of our seasonal load restrictions is critical – even if it is a few days off, it could lead to significant damage.”

During the frost law period, MDOT takes a number of precautions to protect state roads. On state highways designated “all season,” no overweight loads are permitted. On seasonal state highways, truck weights are reduced by 25 percent for rigid (concrete) pavements, and 35 percent for flexible (asphalt) pavements. In order to protect roadway shoulders, which are not designed to carry regular traffic, permits for vehicles or loads exceeding 14 feet in width are not issued during seasonal restrictions.

One major problem with the weight restrictions: the conditions under the pavement are hard to predict.

“In many winters, freeze-thaw cycles don’t neatly follow the calendar year,” said Endres, who oversaw a three-year research project to develop a statistical model to predict soil frost conditions. “Having the ability to model frost below pavements using climate data and soil type can help to reduce the pavement distress caused during thaws.”

MDOT determines when weight restrictions begin each spring by measuring frost depths along state highways, observing road conditions, and monitoring weather forecasts. Weight restrictions remain in effect until moisture has escaped and the roadbeds regain stability. Understanding and accurately predicting the frost line movement is critical in determining when seasonal load restrictions should be enacted.

Traditionally, MDOT has measured soil freezing manually using frost tubes installed throughout the state. Frost tubes are embedded in the ground and filled with a solution that changes color when it freezes. The color is checked periodically to determine how deep freezing temperatures have penetrated into the soil.

Frequent visits to these locations for manual frost tube readings is a time-consuming task. MDOT has also invested in a number of Road Weather Information System (RWIS) stations that measure ground temperatures automatically. This reduces staff time and associated expenses required for manually determining frost depth. One goal of the research was to help MDOT leverage the RWIS data by developing a statistical model to estimate frost depth from available weather data. The new statistical model accurately predicts the frost depth based on the RWIS data and the rates at which Michigan’s sand and clay soils conduct heat.

“The statistical model uses the maximum and minimum daily temperature data from the RWIS system along with the thermodynamic properties of the soil,” explained Principal Investigator Gilbert Baladi of MSU’s Department of Civil and Environmental Engineering. “The model can be further developed to give us an alert that it’s time for posting or removing weight restrictions for the Lower Peninsula, the northern Lower Peninsula and the Upper Peninsula.”

The model has proven to be very accurate, and researchers are recommending that it be used along with a thaw model (to be developed) to create procedures and policies to assist MDOT in making accurate decisions regarding the timing of imposing and removing the seasonal load restrictions. MDOT is currently evaluating the idea and deciding how to integrate it into the decision-making process. Visual inspection of roads and frost tubes won’t be going away completely, and researchers stress it may be a few years before there are new procedures to implement. Still, a predictive modeling approach could eventually pay off with better pavement protection and money savings for the trucking industry and taxpayers, the researchers said.

“Putting load restrictions in place early costs the trucking industry time and money,” Baladi said. “Putting them in late costs the taxpayer through increased damage to the roads. The more accurate you are, the more money is saved.”

Using a similar model, Minnesota’s accurate posting of seasonal load restrictions may have increased the service life of low-volume asphalt roadways by 10 percent, potentially saving the state up to $14 million annually.

“Frost has been an issue for engineering roads since day one,” Endres said. “We’re looking for a bigger toolbox to tackle the problem. Models like this help us to do that.”