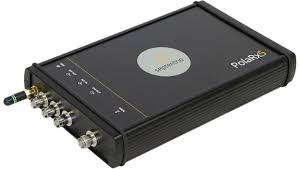 The PolaRx5 CORS receivers can be purchased at special pricing by UNAVCO member organizations and affiliates. Septentrio has been selected by UNAVCO as the preferred vendor of CORS receivers under a multi-year agreement.

The PolaRx5 is powered by Septentrio’s AsteRx4 next-generation multi-frequency engine. It offers 544 hardware channels and supports all major satellite signals including GPS, GLONASS, Galileo and BeiDou, as well as regional satellite systems such as QZSS and IRNSS.

The PolaRx5 leverages Septentrio’s comprehensive Web interface and built-in Wi-Fi and Bluetooth interfaces to give users complete control and visibility of the receiver. The user interface integrates easily into existing network management systems. The Web browser provides secure access to all receiver settings and status, data storage and firmware upgrades, as well as a built-in spectrum analyzer for system monitoring.

“The multi-constellation PolaRx5, with its powerful interference and multipath mitigation and new Web interface, is the ideal solution for DOTs to modernize their aging CORS installations to the newest GNSS technology,” said Neil Vancans, vice president of Septentrio Americas.

Septentrio offers in-depth application and integration support to make its customers win in their markets. Septentrio is headquartered in Leuven, Belgium, and has offices in Torrance, Calif., and Hong Kong, and partners throughout the world. To learn more about Septentrio and its products, visit www.septentrio.com.