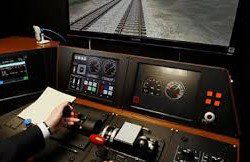 WASHINGTON – The U.S. Department of Transporation’s Federal Railroad Administration (FRA) today announced that it is accepting applications for $25 million in competitive grant funding available to railroads, suppliers, and state and local governments for Positive Train Control (PTC) implementation.  The funding is part of the 2016 Consolidated Appropriations Act that funds the U.S. Department of Transportation.

“Positive train control is a long overdue technology that prevents accidents and saves lives,” said U.S. Transportation Secretary Anthony Foxx.  “These funds will help us get closer to implementing PTC, and I encourage applications that can make these limited dollars go as far as possible.”

Applications will be accepted until May 19, 2016, and FRA will give preference to projects that would provide the greatest level of public safety benefits.  As part of the President’s Fiscal Year 2017 budget proposal, FRA requested $1.25 billion to assist commuter and short line railroads with implementing PTC.

“Any Congressional funding and investment to make Positive Train Control active on our nation’s railroad network is a worthwhile investment,” said FRA Administrator Sarah E. Feinberg.  “But it will take even more significant funding to achieve this important, life-saving goal.  We look forward to working with Congress to find these resources and encourage railroads to submit strong applications.”

Since 2008, FRA has provided significant assistance to support railroads’ PTC implementation.  Those efforts include:

View a list of when railroads predict that they will achieve full PTC implementation: https://www.fra.dot.gov/Page/P0628

To learn more about the grant, visit www.grants.gov.