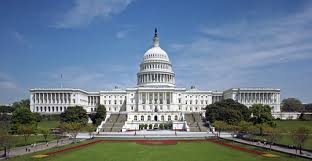 The president of the American Association of State Highway and Transportation Officials urged leaders of U.S. House and Senate Appropriations committees to follow through on the five-year surface transportation law Congress passed in December by fully funding programs at its authorized levels for the fiscal year that starts Oct. 1.

In March 22 letters to Appropriations committee and relevant subcommittee leaders in each chamber, AASHTO President Paul Trombino – who is also director of the Iowa Department of Transportation – reiterated AASHTO members’ gratitude for congressional passage of the Fixing America’s Surface Transportation Act.

However, he wrote on behalf of state DOTs, “this authorizing legislation will not be complete without robust appropriations by your committee and subcommittee. As such, we respectfully urge you to fully honor the FAST Act’s FY 2017 authorized funding levels for federal highway, transit, highway safety, freight and passenger rail programs as you begin the FY 2017 appropriations process.”

Trombino also said full FAST Act funding for all its transportation modes is needed “in order to fully realize the crucial investment impact of the FAST Act,” a statement in keeping with past AASHTO comments that transportation infrastructure investments both strengthen the economy in the near term and allow for more long-term growth in commerce and personal mobility.

That letter reflects the reality that in federal legislation appropriators don’t have to – and often do not – pass final spending bills that adhere to program authorization laws. Even though the new Fixing America’s Surface Transportation Act wrote in five years of authorized funding, appropriators can in many instances write in different dollar amounts each year as they pass spending measures.

In practice Congress normally safeguards Highway Trust Fund programs at their authorized funding levels, which fully protects highway programs and some transit funding. But a substantial portion of federal transit spending is outside the trust fund and therefore at annual risk of change through the appropriations process.

In addition, the FAST Act for the first time authorized freight and passenger rail programs along with highway and transit; all of that law’s passenger rail funding comes from general revenues outside the trust fund and is therefore subject to cuts by appropriators. In fact, Congress later in December also passed an omnibus government spending bill for 2016 that provided less to passenger rail than the FAST Act authorized in its first year.

Many state DOTs directly or indirectly support both freight and passenger rail operations in their borders. “Inclusion of these programs means state DOTs and our transportation partners can better plan for and deliver a truly multimodal surface transportation system,” Trombino wrote.

In doing that, Trombino indicated, lawmakers would provide for all parts of the national surface transportation network: “Not only will this action guarantee the implementation of FAST Act provisions as intended by Congress, but it will also allow for improvement of all modes of our nation’s ever-complex transportation network.”