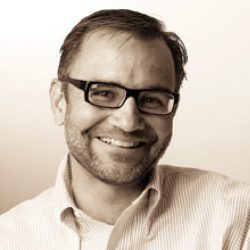 Christopher Higgins is the Cecil and Sally Drinkward Professor of Structural Engineering in the School of Civil and Construction Engineering at Oregon State University (OSU), where he also directs the Structural Engineering Research Laboratory. Dr. Higgins teaches graduate and undergraduate courses, and conducts research instructural, bridge and earthquake engineering.

Higgins has worked on a number of bridge-assessment and remediation efforts for reinforced concrete and steel bridges. He has developed new software and methods for the rapid assessment of gusset plates, and has also pioneered the use of carbon fiber and titanium to reinforce underperforming bridges.

The Structural Engineering Research Laboratory at OSU takes advantage of an alignment with the internationally renowned Hinsdale Wave Research Laboratory to look at the impacts of water effects such as breaking waves and surge forces on near-shore infrastructure.

“We do some of the research studies that a lot of other places don’t have the capability of doing,” says Higgins. “We’re focused more at the nearshore or onshore environment that are affected by waves, particularly for structures impacted by hurricanes or tsunamis.”

The approach the laboratory takes is borrowed from the earthquake community, where they build scale models and use shaking tables to measure response to dynamic shaking. However, they take it one step further by building a full-scale model of components that they then can test with scaled-up forces applied to prototypes.

The lab was involved in the largest research project that the Oregon DOT undertook to assess and understand its large inventory of 1950s-era reinforced concrete bridges built with the then newly standardized ASTM rebar.

Instead of well-detailed connections to anchor the rebar, early tests of bond strength in the late 1940s showed newly standardized deformations were able to develop stresses very efficiently. Designs went from requiring hooks and bends to get bars out of the tension zone and to anchor them in the compression zone to straight-bar terminations in the tension zone.

“As loads and volumes increased on these 1950s-era bridges, it produced big diagonal cracks,” adds Higgins. “That’s always scary to engineers, because we recognize diagonal-tension failures as non-ductile—they will occur all of a sudden.”

The lab did a lot of work, creating 44 full-scale specimens as well as a lot of analytical work to look at the different details and properties. They investigated different failure modes and looked at high- and low-cycle fatigue, different spacing of reinforcing bar, and different cutoff details. They also came up with remediation plans to keep bridges in service. ODOT estimated a cost savings of more than $500 million for this work, as it saved tearing down and replacing a lot of bridges.

The work on remediating underperforming bridges led to the investigation of a wide variety of strengthening approaches, including surface bonded and near-surface mounted carbon fiber, embedded high-strength steel, and use of titanium.

“We have the first titanium-reinforced bridge in the world, which crosses I-84,” notes Higgins. “Most people presume titanium is too expensive, but titanium came up as 30 percent cheaper than the carbon-fiber alternative, even though carbon fiber has been in the market a lot longer.”

A prime advantage of titanium—aside from its strength and ductility—is that it can be worked and bent in the same way as traditional steel rebar, with the same tools and skill set.

Higgins and his lab also worked on the analysis of gusset plates that became a requirement after the collapse of the I-35W bridge in Minneapolis. The first problem they ran into was that many bridges didn’t have drawings, which necessitated in-field measurements with crews using tape measures and clipboards, and then passing that information to engineers for analysis.

“If you send two people out to conventionally measure the same gusset plate, you’re going to get different answers,” says Higgins. “We developed a way of capturing the geometry using digital photographs with traditional inspection personnel.”

The solution uses image processing to identify fasteners and associate them to members and then do the AASHTO strength calculations on the image. The tool takes users from no information to sophisticated structural analysis without needing special training.

“I like people in the process,” says Higgins. “People have a sense of scale, a sense of importance, and a sense of history and tradition. Drones and machine learning don’t have those.”