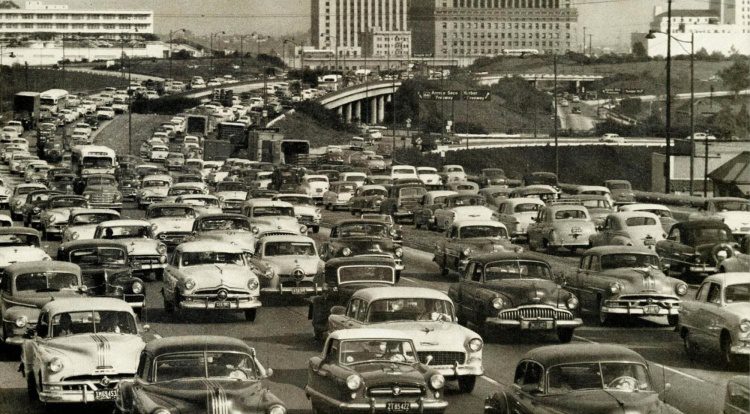 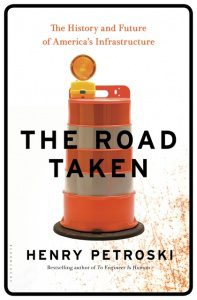 The Road Taken by Henry Petroski details the history of America’s infrastructure and highlights where improvements can be made.

Henry Petrosi, professor of Civil Engineering at Duke University, wrote his 19th book, The Road Taken, which provides a detailed history of infrastructure in the United States with a focus on roads and bridges.

The book provides details and case studies on how bridges and other large public-works projects are designed, funded, approved and built. The details on politics and financing were a particular challenge for Petroski, as heated debates on how to fund infrastructure projects have gone on for decades, with the federal system failing for some time.

Petrosky suggests that the need for federal funding has passed and that states now are capable. Initially, federal involvement was good for instilling standards, but now that those have been agreed upon, progress would be better served with less bureaucracy.

Our transportation system is complicated but comprehensible, according to Petrosky. The years it has taken to standardize how we paint, pave and signal our systems points to this complexity and the long route to consensus.

The Road Taken is aimed at those with a vested interest in rebuilding our aging infrastructure. The historical perspective reminds us how far we’ve come but also cautions that we must streamline our processes to make progress.

According to a recent study by MIT researchers, allowing today’s sensor-laden vehicles to communicate with each other, particularly at intersections, could greatly improve efficiency. They contend that the elimination of traffic lights could double road capacity. 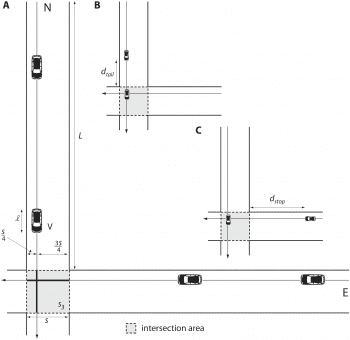 Slot-based intersections have been modeled as an alternative to traffic lights and could yield a two-fold increase in road capacity and delay reduction.

Through mathematical modeling and scenario planning, the researchers modeled the movements of a four-way intersection. Using slot-based intersections rather than traffic lights moves control from the traffic-flow level to the vehicle level.

Slot-based control systems manage planes in airports and have been fine tuned and proven with carefully designed scheduling algorithms. Ensuring vehicles arrive at intersections when they have a slot, thereby moving forward as they arrive, is key to the added efficiency. The researchers also discovered that the most-efficient flow occurred when cars were put together in batches.

Autonomous driving is a key enabler, as it carefully controls vehicle trajectories and the synchronization of vehicle arrival times at intersections. New control systems, vehicle sensors and novel traffic-management approaches also are involved in better-coordinated flows.

The results of analysis moving from traffic lights to slot-based intersections would yield a two-fold increase in road capacity and even more dramatic reductions in delays.

Researchers at the University of Adelaide in Australia are working on a faster method to assess and accurately predict flood risk, factoring in the complex factors affecting specific locations. According to their work, it’s possible to increase the speed of highly accurate flood-risk prediction up to 1,000 times faster than the current technique. 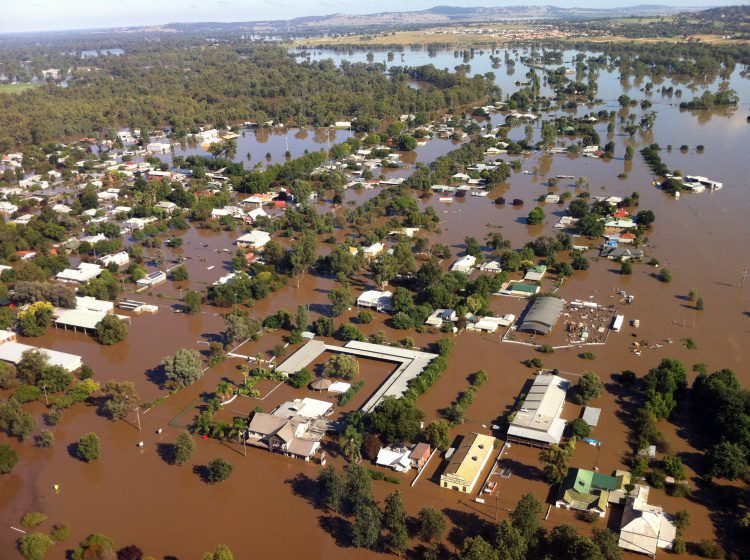 The 2012 Wagga Wagga flood in the Australian state of New South Wales peaked at 10.8 meters, nearly topping the 11-meter levy built on predictions, illustrating how simulation and analysis can help save property and lives.

The approach uses hybrid causative events with algorithms that streamline the analysis process by removing information that isn’t important for the model. It places less emphasis on historical flood events that are losing relevance in light of the unpredictability of climate change, and it greatly speeds simulation of catchment-scale calculations.

“Our new predictive method focuses on the key causative events that drive major floods such as high catchment saturation and extreme rainfall events,” said Associate Professor Mark Thyer from the university’s School of Civil, Environmental and Mining Engineering. “By extracting these key drivers, we realized we don’t need to run the catchment model for all the long-term dry periods. This greatly reduces the time taken for our modelling, while maintaining the high level of accuracy we’re seeking.”

This method has been tested at several different sites and is being fine tuned. It may be five years before the tool is ready for global use, but the need for such predictions is increasing as dramatic weather events add risk to property and lives.

States Need to Step Up on Infrastructure

The Center on Budget and Policy Priorities recently released a report that takes a historical look at state investment in transportation, public buildings, water-treatment systems and other vital infrastructure. The report makes the connection between the quality of physical assets and the economy’s ability to function and grow, suggesting that now is the time to make investments that have the potential to spur private-sector involvement and the creation of jobs. Instead, many states are offering tax cuts and offering corporate subsidies.

The report laments the decreasing investment in infrastructure and the ongoing degradation. At the same time, it highlights states such as Connecticut and Washington that are making multi-year commitments to transportation improvements and the 10 states where gas-tax increases are funding road construction.

The report says it’s shortsighted to refuse to take on more debt to address infrastructure shortcomings. Instead, it highlights low interest rates, low current debt loads and inexpensive borrowing to suggest that now is the time to make investments.

The full report (bit.ly/22wADVT) suggests further evalution of tradeoff on a region-by-region and state-by-state basis, as benefits can vary widely depending upon complex factors. 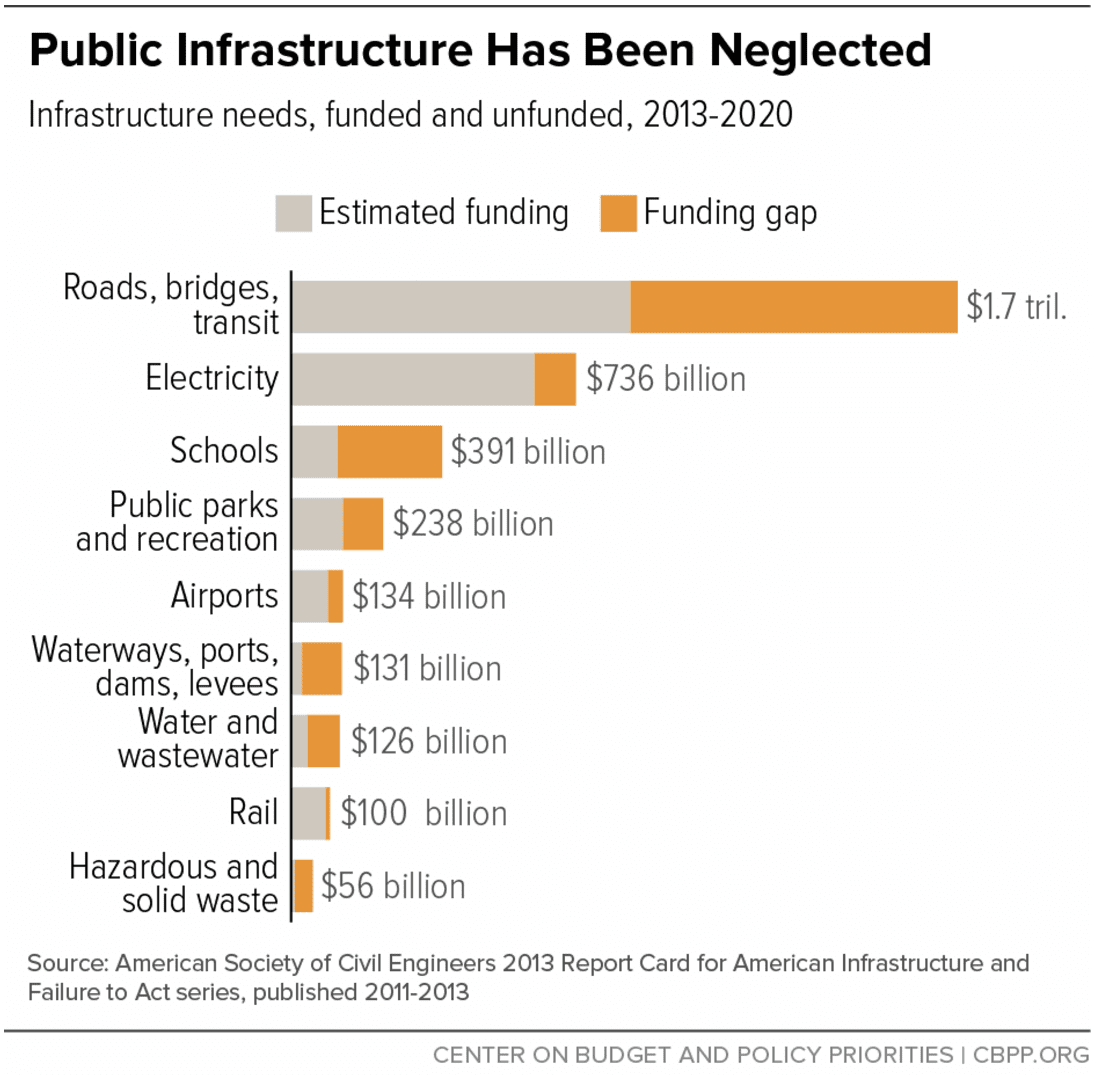 ASCE pioneered the analysis of investment vs. what’s needed. Many studies back up the need to address infrastructure deficits.

The institute asserts that current methods of valuation are inadequate for evaluating infrastructure project equity. The address the deficit, the initiative set out to collect and standardize private-investment data on projects, creating a database of more than 500 projects going back 25 years. The target is to gather data for 4,000 projects—2,000 each for debt and equity investments—with 10 percent of those projects in Asia and the remainder in developed markets. 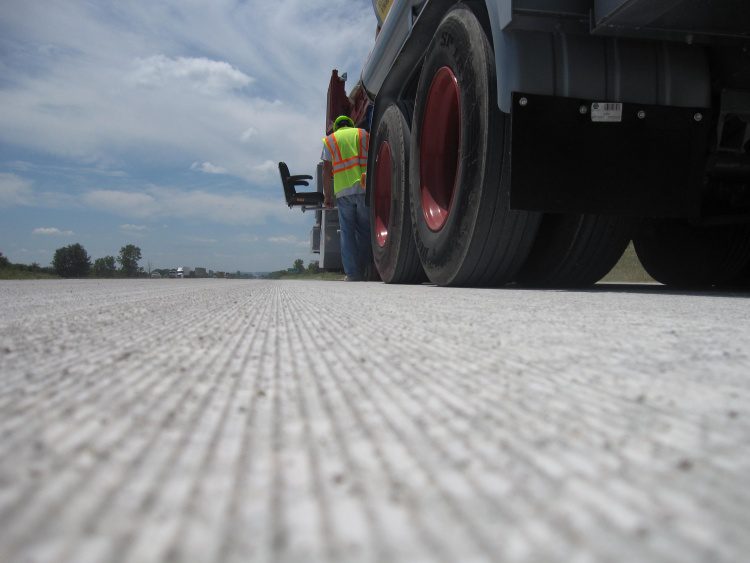 Diamond grinding of Portland-cement concrete pavement is one remediation technique to improve surface smoothness and safety as well as reduce the sound from pavement.

MIT’s Concrete Sustainability Hub (CSHub) has been working with the California Department of Transportation (Caltrans) to evaluate pavement/vehicle interaction. The work correlates the roughness and deflection of pavement with overall fuel consumption.

Initial research indicates that roughness accounts for a full 1 percent of overall fuel consumption for passenger cars. The impact of road stiffness on 40-ton trucks is far more significant, as it could contribute 4 percent to gas-mileage savings.

Caltrans collected data via a mobile mapping system that deployed ground-penetrating radar and other sensors. The data detail road structure as well as GPS coordinates for every crack and pothole in California’s highway system.

Researchers combined this data with their own small-scale experimental approach that measures the horizontal force required to move a tire forward for different speeds and loads. They then conducted more than 40,000 calculations for each mile in the network to make a ranking on pavement quality and the fastest path to fuel consumption and greenhouse-gas emissions.

Europe embarked on a five-year smart-grid research project that coordinates research from 18 European research institutions across 11 countries to address the fluctuating power provided by wind and solar sources as well as the ability of today’s power grid to reconcile these intermittent energies with demand.

The effort notes the urgency to integrate the growing number of distributed sources into the energy system. The intermittent behavior of these sources, along with their limited storage capabilities, presents new challenges that impact power quality and reliability.

The pan-European research effort will tackle the promise of smart-grid technologies with a holistic view that also addresses cybersecurity and other challenges while providing the necessary tools to analyze, validate and test the complex configurations of smart-grid approaches on a large scale.

More details on this initiative can be found here: bit.ly/1RYfPiw.

The Water Environment Research Foundation as well as the Urban Drainage and Flood Control District are supporting research to broaden the International Stormwater Best Management Practices (BMP) Database to include stream-restoration techniques for improving water quality.

The broader database already includes 530 BMP studies with performance-analysis results and tools that help guide practice. The overall goal of the Stream Restoration Database is to develop a scientifically based set of monitoring and reporting protocols for water quality, ecological function and habitat performance of stream restoration and stabilization projects as well as develop a national database to store information on these projects.

The project is in the early stages, with a summary report and technical analysis due in September 2016. Further information on this resource can be found here: bit.ly/1pv1Rxq. 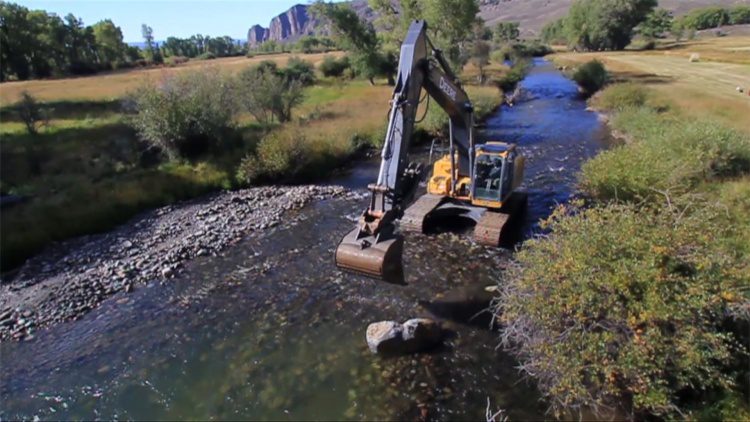