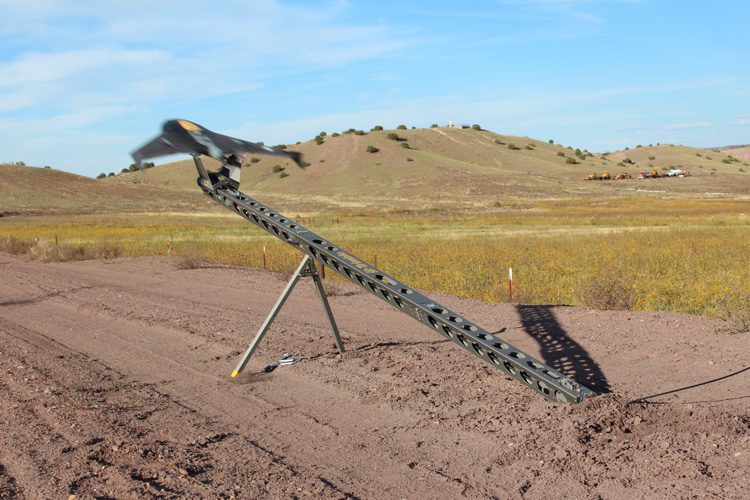 Unmanned aircraft systems (UASs), often referred to as drones, have been making inroads into traditional surveying applications for the last decade. Much of this advancement has occurred outside the United States due to the U.S. Federal Aviation Administration’s cautious integration of unmanned aircraft into national commercial airspace. These regulations have started to soften, however, with Section 333 exemptions for commercial use being granted to nearly 3,500 applicants since they became available in March 2015.

With an increasing number of engineering companies among those exempt to fly UASs, their application to infrastructure projects is set to explode. The exemption provides the ability to operate commercially, but aircraft registration and a certified pilot are still among the requirements for compliance.

Proliferation of this technology will occur rapidly given the many unique attributes and benefits of applying these new “eyes from the sky”:

The following are case-study examples of how two different companies put UAS technology to good use for a land-development project in Arizona and ongoing bridge inspection in Italy. 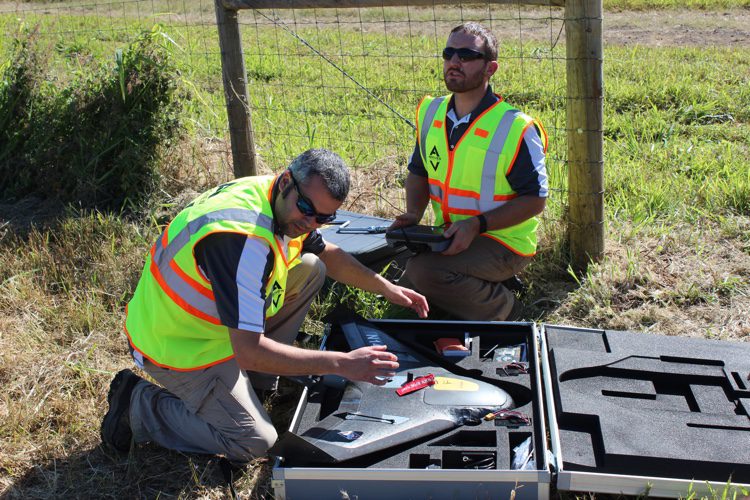 Just outside the town of Concho, Ariz., lies a golf course that opened in the 1970s primarily as a diversion for the workers and managers of a power-plant project that took 15 years to build. What started as a nine-hole course was expanded to an 18-hole course in the 1980s, along with more than 300 building lots. The developer invested millions of dollars in sewer, water and power to all these lots, but the retirement and leisure community never took off.

The property now has been purchased by local financier Michael Meixler, who has different plans to develop the area that comes with valuable water resources and rights that are vital in this arid landscape.

“The 185-acre property has an underground pipeline and sprinklers, and a clubhouse with a commercial kitchen,” says Meixler. “I plan to redevelop the area with 15- to 20-acre irrigated farms and turn the clubhouse into a co-op, where small farmers can turn their produce into a product they can sell. If you grow tomatoes, you can turn that into spaghetti sauce and greatly improve your profit.”

The hope is to attract those who may wish to transition into semi-retirement, with small orchards, vineyards, Christmas tree or vegetable farms that provide an income and occupation. In addition to a cooperative food-processing facility, Meixler also envisions turning the golf course maintenance facility into a tool library, where farmers can borrow a tractor or implement as needed and cut down their investment costs.

Beginning with a Baseline

“With the Trimble UX5, we can get out and survey the whole site, and provide an updated digital elevation and CAD file with contours that can be fed into Trimble GPS machine-control equipment,” says Zach Pieper, co-founder of AeroView Services in charge of operations and the legal side of the business.

AeroView Services operates under an FAA exemption and is the first commercial Trimble UX5 service provider in the United States. The company’s principals have experience working with engineering companies in surveying as well as programming GPS machine-control equipment, and UAS technology helped them expand offerings and speed workflows.

“The accuracy of the imagery adds efficiency, as we can map and plan it right the first time, feeding the contours into graders so we don’t have to continually survey,” adds Ryan Murguia, AeroView Services’ co-founder in charge of data processing. “We’re helping plan walking paths, pond designs, roads, drainage, irrigation and more. For the vineyards, we’re going to design and stake where each grape should be planted.”

AeroView Services uses Trimble’s UX5 along with the Trimble Business Center to process the topographic information.

“We hire a surveyor to set ground control,” says Murguia. “We calibrate to the ground control, and then, once it is processed, we go back in and load additional spot-checks to ensure accuracy.” 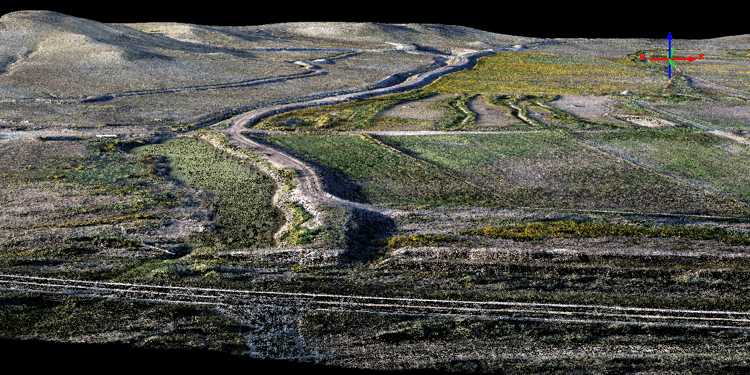 A 3D image of the Concho, Ariz., land-development project illustrates the level of detail that a UAS can capture over a large area in a short amount of time.

The site has a natural spring that will be augmented by ponds designed to store and reuse water. Among the planned land modifications are layouts designed to conserve water, including small swales on the downside of slopes to capture water and allow it to soak in slowly.

“The drone provides full-color aerial imagery and elevation models that are very detailed,” notes Meixler. “With the 3D data, we can divide and layout the lots, and begin marketing the property.”

The golf course is about 28 miles from the Petrified Forest, which gets approximately 800,000 visitors per year. The hope is to draw those visitors with a farm-to-fork experience with locally produced meat, produce and wine.

“I think it’s a wonderful redevelopment of an asset,” adds Meixler. “There are a lot of vacant golf courses around the country, and I think all subdivisions of the future should have small food-production and processing jobs integrated within the development. I think we have the opportunity to prove a pretty cool concept.” 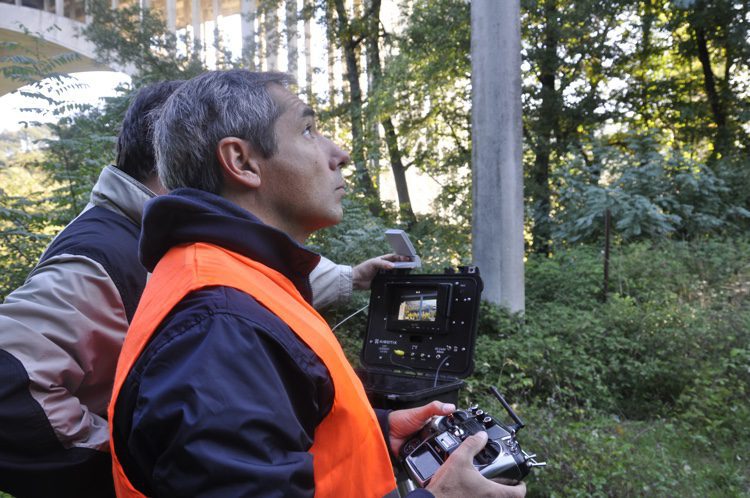 AiviewGroup uses a professional pilot for inspections underneath a bridge, accompanied by an assistant to ensure the inspection is following the plan for thorough coverage.

Italy was the first country to construct fast roads reserved for motor vehicles: the autostrade. The first autostrade was built in 1921, and the high-speed roadways have continued to expand ever since. These roads are owned by the Italian government, but a group of concessionaires maintain and operate the roadways for profit. Autostrade per l’Italia is the largest of these, with 3,408 kilometers under management in Italy and an aggressive expansion plan in other markets.

Autostrade per l’Italia maintains more than 4,200 bridges, viaducts and tunnels in its network. The bridges must be visually inspected twice yearly by law, with more in-depth inspection with an engineer on a yearly basis. Given the large number of bridges to inspect, the frequency of inspection, and tall height of many of these structures, Autostrade per l’Italia sought a better way and collaborated with AiviewGroup on a robotic solution. 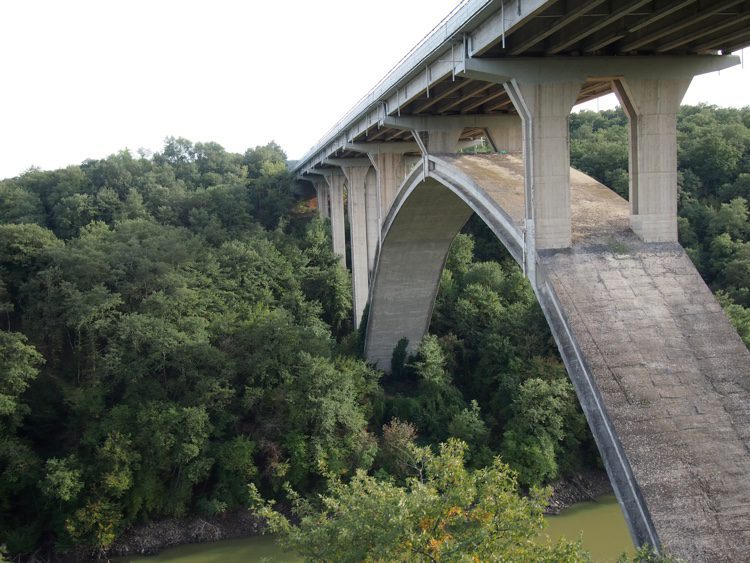 A bridge-inspection site features difficult terrain above and below, proving the utility of a flexible and nimble UAS platform.

The company created a special mount on top of the multicopter for the camera, which allows for close-up bridge inspection under the deck and in tight locations. Professional pilots control the multicopter and ensure safety underneath the bridge span. The “autonomous” capabilities of UASs are utilized for the less-tricky data capture on the sides of each bridge.

The process involves more than taking pictures of a bridge. AiviewGroup also developed an algorithm to process images and detect issues against a library of defect taxonomy. A report is the deliverable that describes any issues the firm has been able to detect.

“We have a well-defined procedure to better understand what type of problem may be occurring with the bridge and how to report that to the customer,” states Marietti. “The algorithm provides a status for different elements of the infrastructure. We check for problems with cement, iron, vegetation and the environment in general.”

The software takes care of some of the analysis and reporting, but there’s still a human element for conducting each bridge survey and verifying the reports with the expertise of civil and structural engineers.

“We produced a cloud platform, AI-INSPECTION, in which we manage all the assets of our customers,” says Marietti. “We manage the entire inspection workflow, from planning to fieldwork to analysis.”

The many advantages to this automated approach include the following: 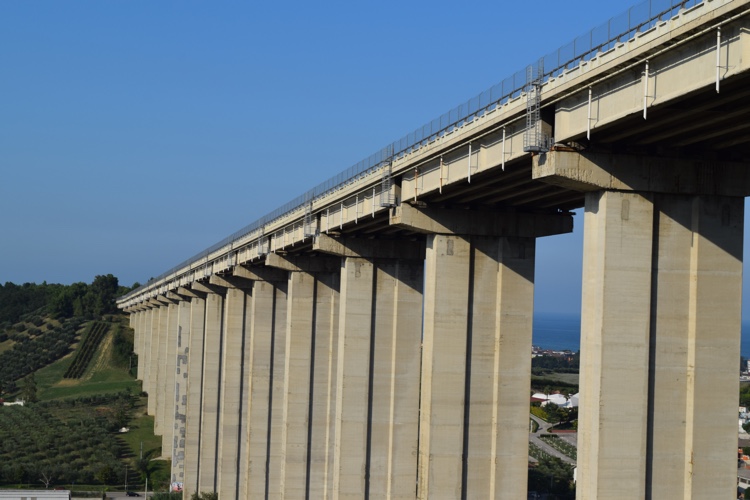 This high-elevation bridge shows signs of wear that a UAS platform can capture up close, illustrating the limitations of surface-based inspections.

With all the discussion of robotics and automation, AiviewGroup insists that an experienced field team with specialties and professionalism are required for the exacting demands of bridge inspection.

“The risk is high on every flight, and we fly between four and six hours in a day when we do inspections,” says Marietti. “We move methodically in a difficult environment for the whole day. It’s impossible to do this job without specialized people.”

Each inspection starts with detailed planning, including considerations for where flights will start and end as well as how each inspection phase will progress. The planning phase takes roughly 30 percent of the time and effort. For the field portion, the multicopter and batteries are the main tools, along with a robotic total station for survey control. The flight portion takes just 10 percent of the overall mission. The remaining 60 percent is data processing and preparing reports.

The use of UASs and other automated data-collection tools for infrastructure surveying, mapping, monitoring and inspection certainly is set to increase, with ease and flexibility of use as the prime drivers. However, it’s the data and their usefulness that make this approach a more-informative input than traditional surveys.

The aforementioned use-cases relied on traditional imagery sensors as the output. With images, users can readily derive a 2D image as well as a 3D model, but adding different sensors could add considerably more information. For example, manufacturers of light detection and ranging (LiDAR) hardware are making ever-smaller sensors for UAS platforms to deliver high-accuracy 3D models. Thermal sensors would be an effective input for the bridge-inspection scenario, as some defects can be determined by emitted heat (from friction). Multispectral or hyperspectral sensors reveal material properties, detailing species types and mineral properties above and below ground.

With such utility of UASs for infrastructure, there will be many more use cases in the years to come. And when considering UAS applications, think of them as a sensor platform rather than just an imaging platform. There are many more possible applications and insights when the “eye in the sky” is given superpowers that make it capable of sensing and capturing far more than we can see.