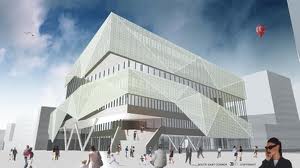 Since the beginning of the recession in early 2008, architecture firms have collectively seen their revenue drop by 40 percent and have had to cut personnel by nearly a third. Despite a national recovery from the recession in 2009, construction activity continued to spiral downward, according to the recently release 2012 AIA Firm Survey, now available for purchase at the AIA Store.

Total construction spending levels, which exceeded $1 trillion in 2008, fell to under $800 billion in 2011. As a result, gross revenue at architecture firms declined from more than $44 billion in 2008 to $26 billion by 2011, a 40 percent decline over this three-year period.

Such a significant reduction in firm revenue produced a comparable reduction in employment. Construction payrolls peaked in early 2007 and steadily declined through mid-2011 due to the housing downturn. Since then, there has been very little recovery. Positions at architecture firms have generally followed the path of the broader construction industry. Due to the heavy reliance of architecture firms on nonresidential construction activity, payroll positions continued to grow through mid-2008. But at that point they dropped sharply through early 2011 and have not recovered much since. Between 2007 and 2011, more than 28 percent of positions at architecture firms disappeared, more than erasing the 18 percent increase in architecture positions seen during the 2003–2007 upturn.

The general downsizing of firms has also produced a change in staff compositions. In the 2009 AIA “Business of Architecture” report, 60 percent of payroll positions were architecture positions (including interns and students), 21 percent were other design professionals (with engineers and interior designers accounting for the largest shares), and the remaining 19 percent were technical and support staff. By the beginning of 2012, these proportions had changed significantly. The largest losses were in technical and nontechnical staff, positions that generally were not directly billable on projects. Architecture staff positions increased their share somewhat over this period, while the share of other design professionals remained essentially unchanged.

Other key finds from the 2012 AIA Firm Survey:

• S Corporations is the most common legal structure at firms

• The share of firm billings from renovations, rehabilitations, additions, and other construction projects increased substantially in the last three years

• More than two-thirds of international billings in the last three years were from projects in Asia, the Middle East, or Latin America

For over 150 years, members of the American Institute of Architects have worked with each other and their communities to create more valuable, healthy, secure, and sustainable buildings and cityscapes. Members adhere to a code of ethics and professional conduct to ensure the highest standards in professional practice. Embracing their responsibility to serve society, AIA members engage civic and government leaders and the public in helping find needed solutions to pressing issues facing our communities, institutions, nation and world. Visitwww.aia.org.