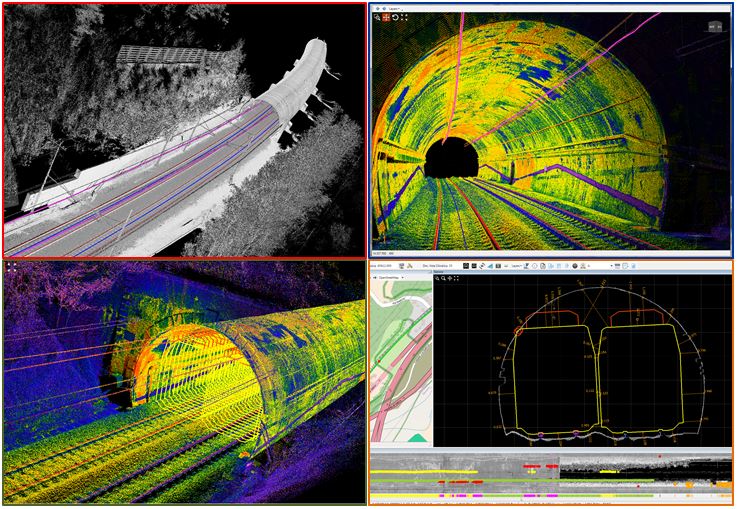 The new Rail-SIT application is a high performance package for complete railway inspection and analysis.

Mobile Mobile Mapping systems are more and more successfully implemented and exploited in the railway sector, providing results not achievable with traditional tools. The Rail-SIT application has been developed to process the railroad surveyed data, carry out analyses and inspections,  and automatically produce reports on the infrastructure status.

Key features of the Rail-SIT software are:

The newly released Rail-SIT application is fully compatible with the most widespread mobile mapping systems such as the Optech Lynx, Riegl, Topcon IPS3, Leica Pegasus and many others. The software integrates directly into the Siteco Road-SIT Survey Suite, which is delivered as a standard software platform with the Road-Scanner mobile mapping system.

“This powerful software was developed for several multinational high speed railway operators and maintenance companies” said ing. Augusto Burchi, Siteco’s CEO. “The field proven functionality is already in use over many railway lines and tunnel kilometers.”

Comments are disabled
NEXT ARTICLE
Waste Stream to Energy Source: What if America’s Next Big Fuel Source Is Its Trash?
April 1, 2016
PREVIOUS ARTICLE
3D Scans Help Save Time and Trouble on I-4 Ultimate Project
March 31, 2016