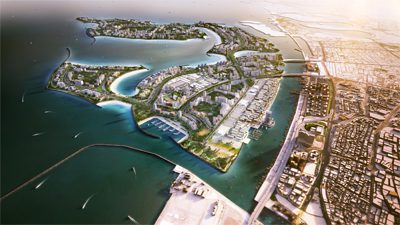 Siemens has been awarded a contract by UAE master developer Nakheel PJSC for the turnkey construction of three electrical substations in Dubai. The substations are an essential component of Nakheel’s Deira Islands development, which will see the construction of four man-made islands off the coast of Dubai’s Deira District.

“Dubai has a rapidly expanding population, a flourishing industrial sector and plans for ambitious construction projects, such the Deira Islands. It’s important to support this development with an expanded electricity network that is both efficient and robust,” said Mirko Düsel, CEO Business Unit Transmission Solutions at Siemens. “We are pleased to play our part in the sustainable development of Dubai with efficient, reliable and innovative power technology.”

“Deira Islands” consists of four man-made islands with a total area of 15 square kilometres. This adds 40 kilometres to Dubai’s coastline, including 21 kilometres of beaches. Deira Islands will be easily accessible from the mainland by road and boat. Dubai International Airport is located 14 kilometres away.