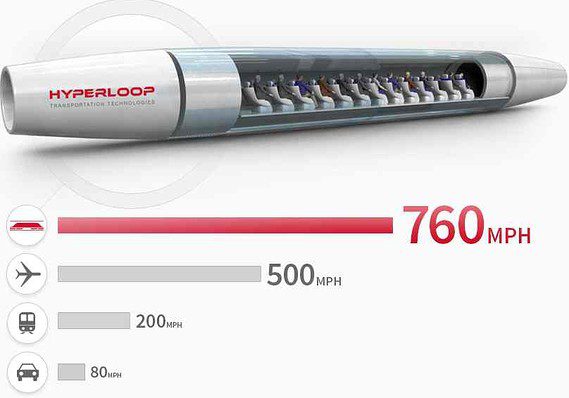 “Slovakia is a technological leader in the automotive, material science, and energy industries, many of the areas that are integral to the Hyperloop system,” saidDirk Ahlborn, HTT CEO. “Having a European Hyperloop presence will incentivize collaboration and innovation within Slovakia and throughout Europe. With our project in Quay Valley, this agreement withSlovakia, and future developments with other regions of the world, HTT truly has become a global movement.”

“Hyperloop in Europe would cut distances substantially and network cities in unprecedented ways. A transportation system of this kind would redefine the concept of commuting and boost cross-border cooperation in Europe,” said Vazil Hudak, Minister of Economy of the Slovak Republic. “The expansion of Hyperloop will lead to an increased demand for the creation of new innovation hubs, in Slovakia and all over Europe.”

A Bratislava-to-Vienna route could take about 8 minutes at Hyperloop’s full speed; a Bratislava-to-Budapest route just 10 minutes. A route between Bratislava and Košice—a distance of 400 kilometers (250 miles)—could also be considered and would connect the eastern and western sides of Slovakia with a short trip of only 25 minutes, reducing the typical 4.5 hour car ride dramatically.

“In 1896 the first electric underground railway system was built in Budapest and already in 1914 the first electric trainline between Bratislava and Vienna was created,” said Bibop Gresta, HTT COO. “Slovakiacontinues to confirm its position as one of the most forward thinking countries by embracing innovations like the Hyperloop transportation system.”

Founded in 2013 by JumpStarter Inc. utilizing JumpStarter’s crowdfunding and crowd collaboration platform JumpStartFund, Hyperloop Transportation Technologies, Inc. (HTT) designs, manufactures and builds the most highly profitable, fastest, safest, environmentally friendly transportation system for passengers and goods. HTT leverages technology and a team of more than 500 global experts to bring disruptive innovation to the traditional transportation industry. Hyperloop first gained public interest when entrepreneur Elon Musk published a detailed white paper describing a futuristic mode of transport that would move people from Los Angeles to San Francisco in about 30 minutes. Musk handed the concept to the public asking for entrepreneurs to take over its development while he focused on his existing projects. Hyperloop Transportation Technologies rose to the challenge.

Hyperloop is a tube-based transportation system for inter- and intra-city transport. The removal of air in a tube allows for the passage of capsules at high speeds. The system maintains passenger comfort whilst accelerating capsules safely to 760 mph. Its maximum acceleration is approximately 1g and the experience is similar to a performance car. Hyperloop uses a combination of alternative energy and conservation techniques such as photovoltaics, wind, kinetic, regenerative braking, and geothermal power to ensure sustainability and low cost. This suite of energy sources combined with an accelerated, low-cost build, enables Hyperloop to develop rapidly and generate sustainable profitability, unlike most other transportation modalities.