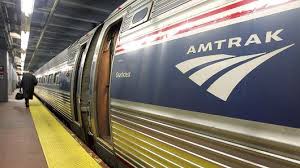 – The Gateway Program’s Hudson Tunnel Project to construct a new rail tunnel under the Hudson River will receive $70 million in funding for critical preliminary engineering work, with $35 million in federal funding coming from Amtrak and $35 million from the Port Authority, subject to the consideration and approval of each party’s Boards, in order to expedite and accelerate environmental review and permitting for the Hudson Tunnel Project.

– U.S. Transportation Secretary Anthony Foxx announced that the department will commit the necessary resources and take steps to accelerate federal environmental reviews and permitting for the Hudson Tunnel Project. Inclusion of the project on the President’s Federal Infrastructure Projects Dashboard is expected and will help ensure swift and thorough completion of the environmental process. NJ TRANSIT already has issued a formal notice-to-proceed for consulting services funded by Amtrak and NJ TRANSIT to help support the process

– The Port Authority, Amtrak, the U.S. Department of Transportation and NJ TRANSIT have agreed to enter into a Memorandum of Understanding setting forth an interim framework for coordination among the parties to advance the Program, including establishment of an executive committee to coordinate activities and specific working groups focusing on environmental permitting, construction and preliminary engineering, funding and financing, rail operations, and governance matters.

– The local agencies also announced their intent to apply for competitive federal grants in the coming months – including those recently authorized by the FAST Act in December 2015 – to advance the Gateway Program. Representatives expect to pursue funding in the coming months from the U.S. Department of Transportation from grant programs such as TIGER, FASTLANE and New Starts. These grants would help fund Gateway’s projects including the Hudson Tunnel Project, Portal Bridge replacement project in New Jersey, and the completion of the Hudson Yards tunnel right-of-way preservation project in Manhattan, which has already received $235 million in federal funds. A $16 million TIGER grant has previously been awarded to NJ TRANSIT to help replace the century-old Portal Bridge which long has been a chokepoint for travel along the Northeast Corridor. NJ TRANSIT will solicit contract proposals for early construction work in the second quarter of 2016.

– The project participants announced today that the Port Authority, Amtrak, and USDOT are taking steps towards finalizing the structure and form of a development corporation to oversee the entire Program. The parties are structuring the new entity to maximize flexibility and eligibility for the full spectrum of federal funding and financing programs, as well as potential public-private partnership structures in order to accomplish the various aspects of the Gateway Program.

The Port Authority of New York and New Jersey’s Board of Commissioners is expected to vote on authorizing $35 million for preliminary engineering for the Hudson Tunnel Project at its March 24 meeting. Amtrak has also pledged $35 million for the preliminary engineering work which will support the environmental and planning efforts for the tunnel project. The new tunnel will allow for the closure and rehabilitation of the existing 106-year old tunnel that was badly damaged by Superstorm Sandy in October 2012. The new two-track, trans-Hudson rail tunnel will provide a vital backup to the current century-old tunnel.

The 50/50 contribution from Amtrak and the Port Authority for preliminary engineering is consistent with the overall framework announced in November. Following calls to action by Secretary Foxx, Governors Christie and Cuomo and Senators Booker and Schumer, the non-federal agencies have been pursuing a 50/50 framework between federal and local funding. A development corporation will be responsible for developing a specific funding and financing plan for the Program.

The Port Authority’s Board of Commissioners is also expected to be briefed on steps being taken towards the formation of a development corporation that will oversee and manage the Gateway Program. Consistent with the framework outlined in the November 12, 2015 press release issued by Governors Christie and Cuomo, and Senators Booker and Schumer, the corporation’s board would consist of representatives from Amtrak, Commissioners of the Port Authority as representatives of the States of New York and New Jersey, and the U.S. Department of Transportation.

The Gateway Program will deliver a set of rail infrastructure projects between Newark, NJ and New York City. Major projects include the construction of the Hudson Tunnel Project including the rehabilitation of the existing rail tunnel, replacement of the Portal and Sawtooth bridges in New Jersey, the Hudson Yards tunnel right-of-way preservation project, and expansion of New York Penn Station, Newark Penn Station, and Secaucus Junction. The Program will improve resiliency and – when completed – is expected to significantly increase capacity for Amtrak and NJ TRANSIT along the busy Northeast Corridor line.

New York and New Jersey representatives also are expected to utilize federal low-interest loan opportunities as another way to meet their share of the Program’s cost. Later this year, preliminary filings are expected to be submitted to the U.S. Department of Transportation’s credit programs, which will allow for accelerated funding decisions on various projects in the Gateway Program.