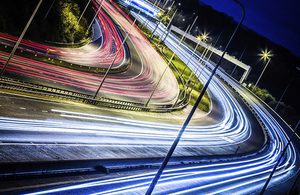 The UK unveiled a new National Infrastructure Commission in October to develop long-term infrastructure plans and to assess the needs early in each parliament. The plan is to create five-year plans and to fund new infrastructure projects from multiple sources, including the sale of government buildings, land and other assets.

The initial priorities are to improve connectivity of Northern cities (including high-speed rail); planning for future large-scale investment in London’s public transport; einvesting in energy infrastructure to efficiently meet demand.

Lord Adonis, former Labour transport secretary, is leading the new commission which is overseen by chancellor George Osborne. They have recently unveiled a £100bn plan for infrastructure investment by 2020 including the £15bn committed to road projects last year.

The new plan incorporates the latest version of the ‘National infrastructure Pipeline’ which highlights over £425bn worth of planned investment in over 600 major projects and programmes across the UK to 2020-21 and beyond.

For the first time, this new National Infrastructure Delivery Plan brings together the government’s plans for this Parliament to support large-scale housing and regeneration, as well as investment in new local schools, hospitals and prisons.

These plans are underpinned by the government’s commitment to invest over £100 billion in infrastructure by 2020-21, together with significant investment by the private sector, to deliver important projects that are vital to grow the economy and improve people’s lives.

More of this investment is now being targeted to bring benefits to the local economy and community. The plan also highlights the government’s commitment to build a Northern Powerhouse, by connecting up the great towns and cities of the North.

The plan incorporates the latest version of the National infrastructure Pipeline which highlights over £425 billion worth of planned investment in over 600 major projects and programmes across the UK to 2020-21 and beyond. In addition the plan sets out £58 billion of public investment for housing and regeneration, education, health and justice.

The government’s infrastructure plans are already making a real difference on the ground. Since 2010 around 3,000 individual infrastructure projects have been completed across the UK including major new road improvements and local transport schemes, improvements to hundreds of rail stations and more than 20GW of new electricity generating capacity. This is in addition to transformational projects such as Crossrail and the Mersey Gateway Bridge that are now well underway.

Speaking at the Institution of Civil Engineers, Commercial Secretary to the Treasury Lord O’Neill said:

From more modern transport links, to faster broadband, better infrastructure is at the heart of our plans to build a more productive economy and improve people’s everyday lives.

That is why we are stepping up with the private sector to invest in some of this country’s most ambitious projects to create a more secure future for the next generation.

This government is determined, even at a time of global uncertainty, to invest in the long-term projects that will make our economy and our country fit for the future.

This plan sets out details of infrastructure investment by government and the private sector across all sectors and regions. It describes not only what we are going to build, but also how we will prioritise investment and work with industry to improve delivery.

Through the new IPA we will continue to support delivery of the government’s priority projects and ensure we remain on track to deliver.

The National Infrastructure Plan has evolved steadily since 2010, and this new iteration of the plan and pipeline builds on the progress made, improving visibility for the supply chain and investor community. The shift in focus to delivery over five years sets a fresh tone – one of ‘spades in the ground’ – and we welcome the recognition that this must be complemented by a vision for the longer term. This brings to the fore the role of the National Infrastructure Commission in setting out the UK’s priorities up to 2050, and the importance of a robust needs assessment to underpin the vision.

The establishment of the Infrastructure and Projects Authority, alongside the independent National Infrastructure Commission, lays the foundations to improve our ability to make better decisions on future infrastructure; support and improve project delivery; and provide the confidence needed by industry and investors.

It brings together the expertise of Infrastructure UK and the Major Projects Authority to improve delivery of major government projects. It will report back every year on progress that has been made in delivering these plans.

Average annual infrastructure investment (public and private combined) rose by 17% in real terms in the last Parliament, when compared to the preceding one.

The government has also today published a new Construction Strategy that commits to reducing the cost of projects by £1.7 billion during this parliament through the use of innovation and efficiency.