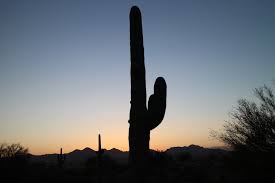 Denver, Colo., March 23, 2016 – The CAD Society today announced three of the four winners of this year’s CAD Society Awards. The fourth winner will be announced during COFES 2016 (Congress On the Future of Engineering Software), which is also the venue where all of the awards will be presented.

The CAD Society Awards annually acknowledge the contributions made by individuals who have significantly affected and developed the CAD, engineering, manufacturing, and architecture software industries.

Peter Marks Pioneer Award – Blake Z. Courter, Stratasys
The Peter Marks Pioneer Award was established in 2010 as a special award to acknowledge the contributions and prescient vision of key individuals who have contributed greatly to the industry. Not an annual award, the honor has only been given on two other occasions. In 2010 the award was first given to Peter Marks in whose honor the award is named, and in 2013 it was given to Alan Kay. This third award is to honor Blake Courter in recognition of his continuous reexamination and exploration of the possible, for recreating and championing the direct modeling movement, and for his refusal to accept common practice as acceptable.

David Cohn is receiving the 2016 Community Award for his decades of efforts on behalf of users as a user group co-founder/leader and as a publisher, editor, author, and speaker—addressing the needs of users and building a user community.

Leadership Award – Peter Schroer, ARAS Corp
The Leadership Award is presented annually for outstanding technical and business leadership in the CAD industry, and focus and dedication to the needs of CAD users. This year’s awardee, Peter Schroer, led his company down an unclear path, proved his point, and has disrupted the PLM market. We recognize his leadership, successfully leading the charge and betting big on the idea of open-source PLM, contrary to the prevailing market “wisdom”.

The winner of the Leadership Award will remain under wraps until the announcement is made and the award is presented on the evening of April 9, 2016 at COFES 2016.

“This year’s awards are presented to four very deserving recipients in each of the categories for their vision and the contributions they have made to the engineering software community, both individually and collectively,” said Jeffrey Rowe, acting president of the CAD Society.

All of the awards will be presented at COFES (Congress On the Future of Engineering Software), this year scheduled for April 7-10, 2016 in Scottsdale, Arizona.

About The CAD Society
The CAD Society is a not-for-profit industry association with the goal of fostering community and encouraging open communication among those who make their living within the CAD industry including AEC, mechanical, manufacturing, and GIS. The CAD Society is dedicated to creating an informative community and improving the tools its members employ in order to get their jobs done. This is achieved by providing an open forum of communication, which helps to illuminate the practices of industry vendors. It has been a leader in creating interoperability guidelines that encourage software vendors to develop applications that can openly share data.