/ Corporate / The Legacy of Mercury in Lake Superior

The Legacy of Mercury in Lake Superior 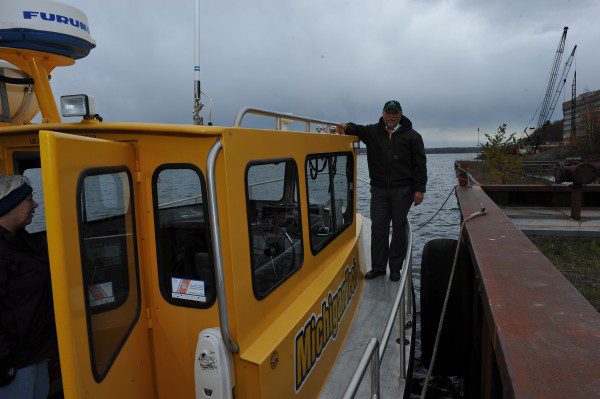 The northern Great Lakes are praised for being clean, but these aquatic systems don’t exist in a vacuum. Contaminants still find their way into lake water and sediments. Mercury is of particular interest because of its toxicity and persistence.

In a new study published in the Journal of Great Lakes Research in February, an interdisciplinary team from Michigan Technological University examined the legacy of mercury in Lake Superior.

Currently, the National Atmospheric Deposition Program reports low levels of mercury deposition across most of the upper Midwest. However, those figures don’t account for past mercury deposition and what that might mean for heavy metal contamination. In fact, when mining was booming around lake Superior in Michigan, Minnesota and Canada in the 1800s and 1900s, the researchers found mercury input was higher than expected.

“We document that the mining effort was discharging mercury at 1,000 times the normal deposition rate in the region,” says W. Charles Kerfoot, a professor of biology and director of the Lake Superior Ecosystem Research Center at Michigan Tech. “We set out to quantify this deposition—and it was a real wake-up call.”

The team gathered dozens of cores in the Keweenaw Waterway and Portage Lake to analyze the large amounts of mercury they had observed in earlier studies. They dated the core samples, marking the high fluctuations in mercury from the 1860s through 1940s. They noted both the inorganic and organic forms of mercury, comparing their concentrations and deposition rates. In this case, as the team writes in their paper, the results “reveal that methylation occurred at the time of mining operations and shortly afterward, with an apparent time lag of 20 to 40 years.”

To better understand the drivers of that lag time, Kerfoot collaborated with Noel Urban, a professor of civil and environmental engineering and director of the Center for Water and Society at Michigan Tech. He explains that the cause of the lag is still unknown, but could result from the recovery of forests, wetlands and microbial communities. What’s important, Urban says, is that these data provide a baseline for better understanding mercury in the Lake Superior region.