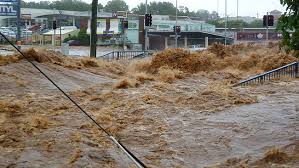 Research from the University of Adelaide hopes to provide advances in the planning for flood risk, thanks to a new, faster method of assessing the highly complex factors that cause floods in a specific location.

The results of the study, published in this month’s issue of the Journal of Hydrology, have shown it’s possible to increase the speed of a highly accurate flood risk prediction by between 100-1000 times compared with techniques currently used by researchers to estimate flood risk under climate change.

“Approaches typically used by industry for flood risk assessment have been based on information about historical flood events. But climate change will eventually make that method obsolete, because with a change in climate those historical events start to become more irrelevant as predictors of future flood activity,” he says.

“The other main contender for predicting flood events under climate change, called continuous simulation, can be incredibly slow, as it uses long-term rainfall sequences spanning hundreds of years, taking into account climate variability and its impact on the catchment processes that drive major flood events. This can take anywhere from weeks to months to generate an accurate prediction for a single catchment,” he says.

The new method tested by the research team is aimed at providing a highly accurate assessment at a much faster rate. The method (known as hybrid causative events, or HCE) relies on an algorithm that knocks out all of the unnecessary information used by the slower, continuous simulation approach – such as long, dry periods without rainfall.

“Our new predictive method focuses on the key causative events that drive major floods such as high catchment saturation and extreme rainfall events. By extracting these key drivers, we realised we don’t need to run the catchment model for all the long-term dry periods. This greatly reduces the time taken for our modelling, while also maintaining the high level of accuracy we’re seeking,” Associate Professor Thyer says.

“So far our method has been tested in a virtual laboratory on eight different sites in Australia, ranging from desert to Mediterranean, tropical and sub-tropical climate zones. We’ve found it to be highly accurate at each location, and increasing the speed of the flood prediction by between 100-1000 times compared with continuous simulation.”

While it might take another five years or so for this method to be available to industry, Associate Professor Thyer says the need for such predictions was highlighted during the 2012 flood at the city of Wagga Wagga, in the Australian state of New South Wales.

“An 11-metre levy had been built at Wagga based on historical flood data. In 2012, Wagga was hit with a flood that peaked at 10.8 metres, just 20 centimetres from the top of the levy. This narrowly averted disaster and was an excellent example of how flood prediction can help save properties and lives. We hope that our new, faster and more accurate predictive method will eventually have the same effect elsewhere in Australia and overseas,” he says.

Further information about the research team’s work can be found here and here.