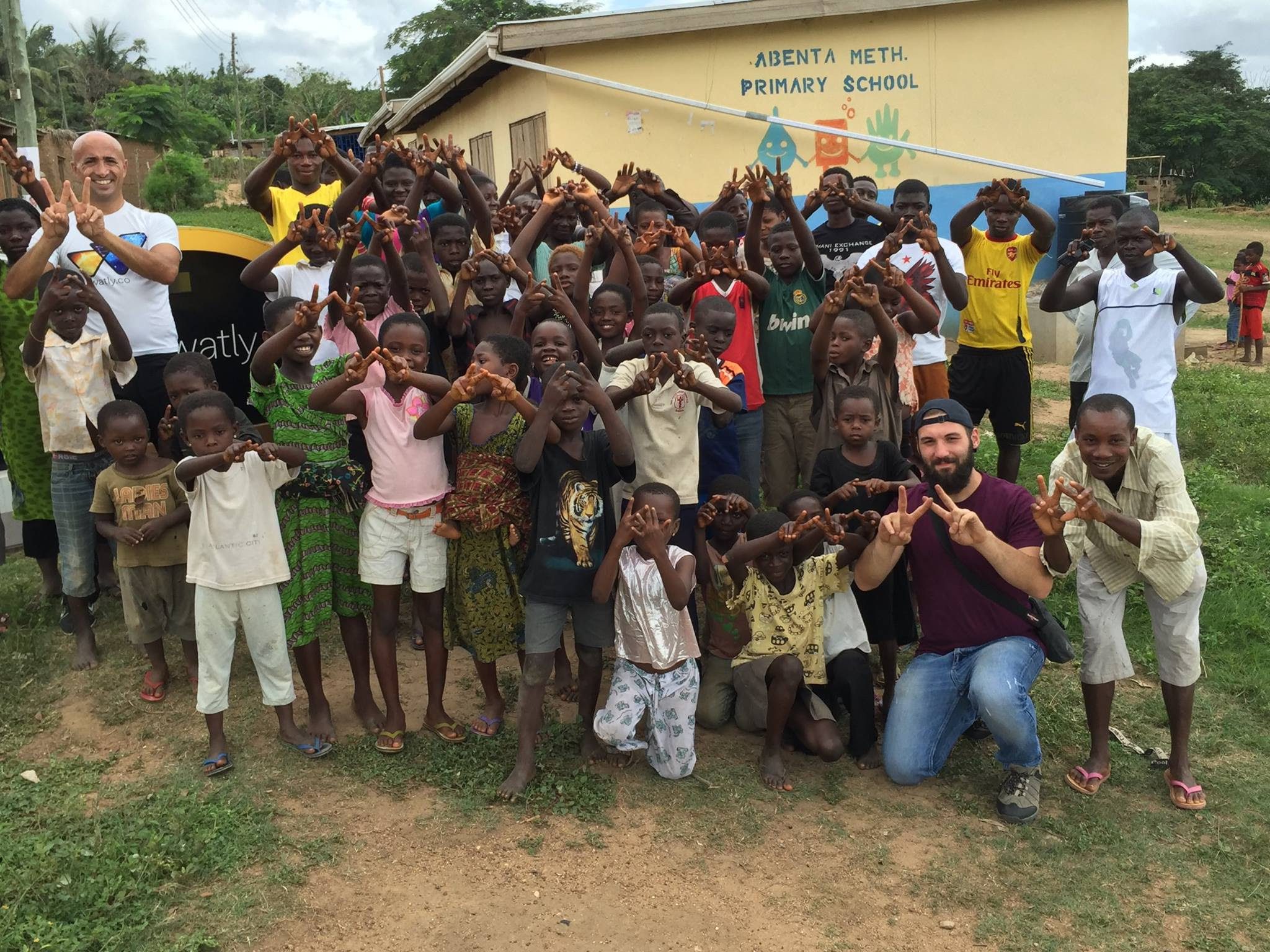 London, March – Today, on UN’s World Water Day, clean tech company Watly is preparing to open an Indiegogo campaign to fund their award-winning solar technology. The Watly 3.0 thermodynamic computer uses solar energy to sanitise over 5000 litres of water a day, as well as generating electricity and connectivity. The development of Watly 3.0 follows the successful trial of a smaller machine, Watly 2.0, in Abenta Village, Ghana.

Watly will provide the three pillars that modern society needs to prosper: water, power and connectivity. The machine combines the three functionalities to make each one more efficient, delivering a level of service that would possible without them working in unison. Watly combines two major technologies: photovoltaic and thermal solar. Feeding contaminated water (including ocean water) into the machine, Watly uses solar heat collected by super efficient vacuum-tubes to vaporise and therefore sanitise the water. This process includes the use of graphene technology. The photovoltaic panels located on the roof, generate instead off-grid electricity to power the internal electronics of the machine as well as being used for recharging external devices such as mobiles phones or portable computers.

During its 15 years of service, one Watly can save as much as 2500 tons of greenhouse gas emissions (CO2), equivalent to 5250 barrels of oil, purify millions of litres of water and generate 1GWh of free electricity.

Each Watly communicates with the Central Network Management Platform, as well as with other machines via radio-link, existing networks (3G/4G), and/or satellite connections. A Watly system can be controlled using the connectivity it provides meaning that settings can be adjusted to cope to any changes in climate or environment. One Watly is stand-alone machine, but two or more Watly become a network. This network can power entire cities and countries, servicing million of people, while benefiting the planet earth.

Marco A. Attisani, CEO & Founder of Watly, comments: “Our experience in Ghana was truly eye-opening: we knew the potential of our prototype Watly, but seeing it transform a village by providing easy access to basic resources made us really proud about what we are doing. On our planet we still have one billion people lacking clean water, two billion without electricity, and around five billion without connectivity. In this technological age, when we have so much capacity to provide solutions to these basic problems, these numbers are not acceptable anymore.”

Having won the most prestigious award sponsored by the European Union, “Horizon2020” allowed the company to build the first pre-industrial version of Watly 3.0, to be presented in September 2016. The company is now launching a crowd funding campaign to give individuals the opportunity to contribute to the transformative technology. By utilising the power of the sun to provide the basic needs of modern civilisation, Watly gives delocalized communities the smart infrastructure which enables them to leapfrog and become interconnected with the wider world.

Marco continues: “The sun is an independent unlimited and apolitical source of energy available to entire humanity, unlike all other forms of energy. By using such a source to provide the three core pillars of civilisation, it allows the developing world to compete on an international stage. We are helping to provide the infrastructure so that they can support themselves moving forward. The interconnectivity is crucial to allowing communities to work together to grow their economies and as a reflex ours”

The Indiegogo campaign is set to open on 7th April.

Watly intends to provide solutions to some of the fundamental and global human needs: access to clean water and sanitation, free-energy and connectivity. Its mission is to improve global living standards for people in the world, striving to empower them with new possibilities.

Watly’s machine promises to provide communities around the world with these three pillars for development in one solution. Its primary product is not only about providing these services, but primarily about human happiness, wellbeing and potential for development.

A single Watly is a stand alone machine, but two or more Watly machines become a network where each node is auto-powered, self-sustained and multi-functional.  A growing number of Watly modules deployed around the world will contribute to form the next big thing, the so called “Energynet”—the global smart-grid in which water and electricity fuse together with information technology.