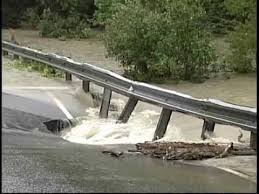 “Our nation’s roads and bridges are the lifeline that keeps the economy moving,” said Secretary Foxx. “These funds will help get repairs underway as quickly as possible and restore the connections for those living and working in the affected areas.”

On February 26, a major rock slide occurred on Interstate 75 in Tennessee’s Campbell County, which serves 35,850 vehicles each day. During this time of year, I-75 is an important corridor for travelers going south to Georgia and Florida for the spring break. Initially, the rock slide closed both northbound and southbound lanes of traffic which necessitated a 26-mile detour around the affected area. TDOT let an emergency contract to clear the affected area to restore essential traffic. Southbound lanes were restored on March 9. The quick release funds will be used primarily to stabilize slopes, remove debris and restore traffic.

The State of Mississippi experienced severe weather throughout the state beginning March 10. Significant rainfall and flooding throughout the state resulted in slides, damaging roads, bridges and drainage structures. Repair work will consist of stabilizing and repairing and rebuilding the damaged structures. The quick release funds will be used primarily to restore emergency access and to initiate the most critical repairs in the next few weeks.

“Emergency Relief funding will allow the communities in these two states to make the needed repairs and restore travel,” said Federal Highway Administrator Gregory Nadeau. “We know residents and businesses rely on transportation to be back up and running again.”