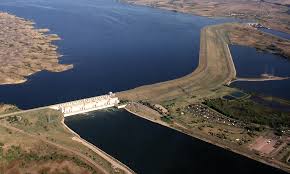 COLUMBUS, Ohio—FFP New Hydro LLC, developer of America’s largest portfolio of new hydroelectric projects on existing dams, and AECOM Capital, a subsidiary of AECOM (NYSE:ACM), recently announced the formation of Muskingum River Hydro LLC to develop and construct six hydropower projects on the Muskingum River in southeastern Ohio. Muskingum River Hydro LLC will advance the development of these projects to construction and commercial operation. In the state of Ohio, the projects will represent a potential investment of more than $100 million. Each project is expected to create 100 to 150 jobs during construction as well as continued staffing and service employment during operations.

“The formation of Muskingum River Hydro LLC with AECOM Capital assures that development of the Muskingum River hydropower projects will advance to commercial operation with the benefit of the substantial resources and expertise of AECOM. We are pleased to note that less than 60 days after receipt of FERC licenses for four of these six projects, we have entered into this transformative transaction for the projects,” said Ramya Swaminathan, CEO of FFP New Hydro.

The six projects, four of which have received Federal Energy Regulatory Commission (FERC) licenses, are expected to generate a total of 23 megawatts (MW), enough to power 11,500 homes and sustainably transform the Muskingum River communities. These low-impact generation facilities will be added to existing lock and dam structures owned and operated by the Ohio Department of Natural Resources.

The projects are expected to start construction in 2017 and commence operations by 2018.

FFP New Hydro LLC has a portfolio of 23 hydropower development projects with 10 FERC licenses on existing dams in PA, WV, OH, MS, KY, IN, and LA totaling over 260 MW. These projects are low impact run-of river hydropower development projects, which will, when constructed, provide clean, renewable power in their host communities for generations to come.

AECOM Capital, a subsidiary of AECOM, is an investor and developer of infrastructure, renewable energy and real estate projects. With a focus on independent power projects, public-private partnerships and real estate developments, AECOM Capital targets high quality risk adjusted investments across North America and select international markets. AECOM has vast resources across all engineering, design and construction services that AECOM Capital leverages for deal flow, due diligence, execution and project delivery. Since its formation in 2013, AECOM Capital has invested in 14 projects, with a total development value in excess of $3.5 billion and 7 million square feet. Learn more at aecomcapital.com.

AECOM is built to deliver a better world. We design, build, finance and operate infrastructure assets for governments, businesses and organizations in more than 150 countries. As a fully integrated firm, we connect knowledge and experience across our global network of experts to help clients solve their most complex challenges. From high-performance buildings and infrastructure, to resilient communities and environments, to stable and secure nations, our work is transformative, differentiated and vital. A Fortune 500 firm, AECOM had revenue of approximately $18 billion during fiscal year 2015. See how we deliver what others can only imagine at aecom.com and @AECOM.