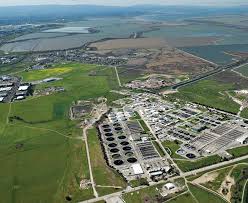 CAMPBELL, Calif., March 9, 2016—Concerned that the City of San Jose may be misusing wastewater ratepayer funds for programs and projects not associated with wastewater treatment, a coalition of small wastewater tributary agencies today demanded the city immediately turn over all public records related to expenditures at the San Jose Santa Clara Wastewater Treatment Plant.

The tributary agencies have reason to believe the City of San Jose has used ratepayer funds for the benefit of San Jose only – and at the unfair expense of smaller communities whose fees are supposed to pay for plant operations.

The agencies have hired an independent forensic auditor to investigate whether San Jose is diverting ratepayer money for city-only projects, and intend to turn over their findings to state and federal officials for further investigation as need be.

In addition, the tributary agencies are sending letters to all elected state officials in the region expressing concern over the lack of transparency and accountability on the part of the City of San Jose and treatment plant staff.

“All ratepayers served by the treatment plant have a right to know how their money is being spent, yet the City of San Jose has so far failed to fully comply with two public records requests demanding full documentation,” said Britt Strottman, an attorney from the Meyers Nave law firm representing the tributary agencies. “The agencies need to know where every dollar sent to San Jose goes. Right now, we don’t know where the money goes. What is the city trying to hide?”

The tributary agencies represent about 240,000 ratepayers and include the cities of Milpitas, Cupertino and Burbank, plus the Santa Clara County Sanitation District 2-3 and the West Valley Sanitation District, which collectively represent the communities of Los Gatos, Campbell, Monte Sereno and Saratoga and incorporated sections of Santa Clara County. The treatment plant is jointly owned by the City of Santa Clara and the City of San Jose, but it is operated and managed by San Jose.

To combat San Jose’s lack of transparency, the tributary agencies have also filed a claim for breach of contract against the City. A public hearing on the claim is scheduled for March 24 before the Treatment Plant Advisory Committee.

The tributary communities have suggested changes to the 33-year-old master legal agreement with the City that would reflect their concerns and recognize the upgrades needed at the wastewater treatment plant, as called for in San Jose’s 2013 Plant Master Plan. But rather than negotiate with the tributary communities, San Jose treatment plant staff are allocating project costs that in the long term favor San Jose.

In addition, San Jose treatment plant staff routinely misrepresent the communities’ position in correspondence with San Jose City Council, claiming in part that the dispute involves their refusal pay their fair share of necessary plant improvements. The tributary communities, in other words, are being made to be the aggressors, when in fact they are simply fulfilling their fiduciary duties to protect the rights of their ratepayers.

“The agencies fully intend to pay for their share of the improvement costs to the treatment plant,” Strottman said. “But without a clear understanding of the size of their financial obligations and the timing and scope of the planned projects, the agencies would be putting their ratepayers’ financial position in jeopardy.”

Hundreds of millions of dollars are at stake. The treatment plant master plan calls for $2.1 billion in upgrades over the next 20 years, and the tributary communities represent about 20 percent of the plant’s users. The City of San Jose recently admitted overcharging the agencies for the first phase of the plant improvements, and the agencies fear such overcharges will continue unless the City agrees to properly amend the master agreements.

As if to demonstrate staff’s unwillingness to work with the agencies on budget issues, San Jose failed to provide the communities with a treatment plant budget by March 1, as called for in the master agreements, making planning for the next fiscal year extremely difficult.

“San Jose should stop bullying the smaller communities, provide the documents required under the Public Records Act and come clean on the use of ratepayer funds,” Strottman said.