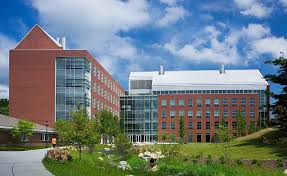 Motivated by the state’s commitment to address climate change and by the Resilient Rhode Island Act, the executive order (EO) is broad in its reach in promoting renewable energy and working to reduce energy consumption. Notably, the directive mandates that state agencies achieve high performance green building standards in existing buildings, thereby going beyond current requirements for new construction. By raising the bar for performance of the state’s existing buildings portfolio, Rhode Island recognizes the importance of leading by example in energy and green building policy.

The EO directs the Rhode Island Division of Capital Asset Management and Maintenance (DCAMM) to coordinate with the Office of Energy Resources (OER), the Energy Efficiency and Resource Management Council, the Distributed Generation Standard Contracts Board and the Green Building Advisory Committee to “achieve a high standard of green building operations and maintenance at all state facilities such as may be accomplished through the International Green Construction Code, USGBC’s LEED certification, or an equivalent high performance green building standard.”

According to the governor’s office, the EO is expected to add around 1,600 additional jobs to the clean energy sector, which currently employs nearly 10,000 Rhode Islanders.

As precedent for this policy, the EO cites the continued work of the Rhode Island Infrastructure Bank (RIIB) in creating new opportunities for investment in renewable energy and energy efficiency projects for existing public buildings. In June, Raimondo signed into law legislation that created under RIIB the Efficient Buildings Fund (EBF), which funds green infrastructure initiatives in municipally owned buildings, school facilities and quasi-governmental agency buildings. This revolving loan fund provides lease obligations to local governmental entities for projects that would result in high energy savings. RIIB will make available $20–25 million in assistance for projects in its first round of funding, for which the application deadline was in January.

The recent EO is consistent with the Rhode Island State Energy Plan, which was finalized on October 8, 2015. The plan recommends a strategy to conduct a municipal energy use baseline and develop a plan to reduce public sector energy consumption. Namely, the plan notes that municipalities can achieve significant cost savings by identifying and implementing energy efficiency projects in public buildings and facilities.

In February, Gov. Raimondo participated in a panel discussion hosted by the Center for American Progress and NextGen Climate on young Americans’ action on renewable energy and climate change. At the event, she discussed how Rhode Island is focused on the creation of highly skilled green jobs, including those at Deepwater Wind, the nation’s first and only deep-water wind facility. The facility has 12 full-time employees in Rhode Island and will employ about 300 people before it begins production, expected later this year.