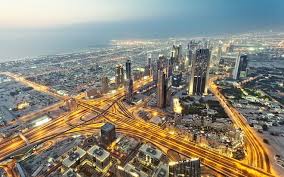 WASHINGTON – U.S. Secretary of Transportation Anthony Foxx announced that roughly $2 billion in previously unused earmarks can be put back to work to support infrastructure projects across the country, as described in new guidance from the Federal Highway Administration.

This announcement builds on actions that began in the earliest days of the Obama Administration, when the President worked together with Congress to change the way that business is done in Washington by increasing transparency and accountability for the way that taxpayer dollars are spent – including through reforms that moved us away from the practice of directing funding through earmarks.

“This is a tremendous opportunity for state and local governments to work together to identify their needs heading into the next 30 years,” said Secretary Foxx.  “I encourage these leaders to identify innovative projects that reconnect their communities and increase access to jobs, education, and basic services.”

Today’s guidance implements a provision in the Consolidated Appropriations Act 2016, which gave states the option of repurposing certain earmarked funds if the original earmark was over 10 years old and if less than 10 percent of project funds had been obligated, or if the project is closed.  Through the end of FY 2016, states have the option of re-designating these dollars to other projects within 50 miles of the originally intended use.  A list of earmarks that may be eligible for repurposing is available here: http://www.fhwa.dot.gov/cfo/earmarkrepurposing.

The guidance describes the process by which state Departments of Transportation issue such notifications, making the funds immediately available for use.  Once a state elects to repurpose funds, it will have until the end of FY 2019 to obligate the funds.

“Today’s action is an important reminder of how far we’ve come over the course of this Administration,” said Federal Highway Administrator Gregory Nadeau.  “By providing a path to put nearly two billion stranded dollars to work, we have an important opportunity to support infrastructure projects across the country while at the same time clearing a legacy backlog and promoting good government.  Instead of sitting idle, these funds can help keep drivers safe and provide opportunities for communities nationwide.”

This action also builds on a range of steps taken by USDOT in recent weeks to make billions of Federal dollars available for communities across the country to improve our infrastructure and economy, foster innovation, and create access to opportunity.  And prospective applicants should be aware of a number of important, open funding opportunities.  For example, USDOT is currently accepting applications for: $800 million available through a new FASTLANE grant program, to fund critical freight and highway projects across the country; $500 million for transportation projects across the country under an eighth round of the highly successful Transportation Investment Generating Economic Recovery (TIGER) competitive grant program; and up to $72.5 million available this year through the University Transportation Centers (UTC) to consortia developing innovative transportation solutions – and that can, for the first time, include two-year institutions of higher learning.

Today’s action also builds on a similar action in August 2012, when USDOT made over $470 million in unspent earmarks immediately available to states for projects that create jobs and help improve transportation across the country.