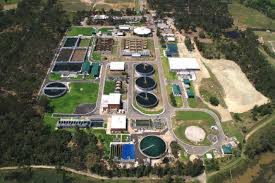 Mr. Darmody has more than 35 years of experience in the water and wastewater industries, including more than 30 years at preeminent global water firm MWH (Broomfield, Colo.). In his capacity as Global Director of Corporate Development, he has collaborated with Microvi on several commercial projects over the past four years.

“We are very pleased to have such a talented professional as John joining our Microvi team,” said Microvi CEO Dr. Fatemeh Shirazi. “John’s deep industry knowledge and strong business record will serve as a great asset as we continue to deliver on our mission to revolutionize the water industry.”

Mr. Darmody has a degree in Civil Engineering from the University of Technology Sydney and executive training from Harvard Business School.

As former MWH Asia Pacific Director, Mr. Darmody oversaw strategy and marketing for seven countries in the Asia Pacific region comprising 1,500 staff. He has also previously served as a Managing Director for MWH Australia, a Vice-President in MWH Americas in Florida, and multiple capacities spanning California, the Middle East and Europe.

“I’ve been fortunate to have worked with change makers and deep thinkers all over the world during my career, but in working with Microvi over the past four years I’ve concluded that Microvi’s technology truly is the breakthrough that the water and wastewater industry has been looking for,” Mr. Darmody said. “You can imagine how rewarding it feels to know that I’ll be able to assist in delivering a new world of treatment technology to Microvi’s clients around the world”.

The announcement comes as Microvi continues to rapidly expand its global commercial portfolio, including projects in Australia, the UK and across the US.

Microvi’s approach has been demonstrated in a wide range of applications, including at large scales, to enable smaller footprints, increased productivity, and disruptive economics compared to current methods. Microvi has formed partnerships around the world with leading entrepreneurs such as Susanne Klatten (Quandt Family), as well as private firms, academic institutions, municipal agencies. For more information, please visit www.microvi.com.