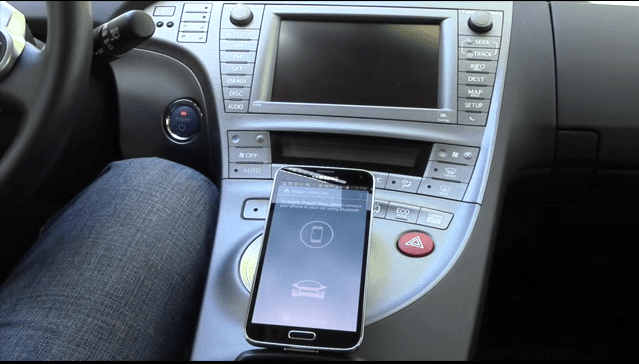 According to Strategy Analytics, there will be more than 30 billion connected devices by 2020, nearly three times the total in 2014. Further, Statista predicts that by 2020, more than 20 percent of cars on the road will be connected – an estimated 250 million intelligent cars. It becomes critical for automakers to deliver safer, smarter interactions with an expanding array of apps and services that will connect to more and more ‘things.’

Dragon Drive’s expansive voice and content platform gives automakers the ability to create voice-enabled apps and services that let drivers speak to connect with smart devices and systems from behind the wheel. Through natural language commands, drivers can turn on lights or activate a home entertainment system – the possibilities are endless. But automakers also need the ability to quickly and easily customize a consistent voice experience on companion apps running on smart devices that connect to the car – creating a meaningful two-way engagement.

With Nuance Mix, automakers have the control and flexibility necessary to extend natural language, voice recognition and text-to-speech – all fully optimized together – to wearables and consumer electronics. As a result, people can talk to these devices to control functions in the car, like turning on the heat, or checking the fuel or charge level. Further, Dragon Drive and Nuance Mix are both platform agnostic, giving automakers the freedom to create, develop and deploy deeply integrated and customized voice interfaces without boundaries.

“Our cars and consumer electronics are increasingly connected, and now we’re seeing an ecosystem emerge where they are becoming connected to each other,” said Bob Schassler, executive vice president and general manager, Nuance Mobile. “But consumer experience is key to adoption and growth, which is why voice will serve as the primary interface. Voice allows automakers to channel a powerful degree of connectivity and intelligence into a few simple words and phrases for consumers.”

“Nuance is uniquely positioned to bring intelligent voice experiences to the connections that exist between cars and devices like wearables and smart home products,” said Chris Schreiner, Director, In-Vehicle User Experience, Strategy Analytics. “For automakers, the combination of Nuance Dragon Drive and Nuance Mix allows them to seamlessly expand the in-car experience to the connected ecosystem through the most intuitive user interface – the human voice.”

Many of the world’s leading automakers, including Ford, BMW, Toyota, and Daimler, already use Nuance’s Dragon Drive technology. Automakers and Tier-1 suppliers that are developing connections to Internet of Things devices can begin working with Nuance Mix today.

Join the conversation by following Nuance on Twitter at @NuanceMobile, @NuanceDev and @NuanceInc, and subscribing to the What’s next blog.

Nuance Communications, Inc. (NASDAQ: NUAN) is a leading provider of voice and language solutions for businesses and consumers around the world. Its technologies, applications and services make the user experience more compelling by transforming the way people interact with devices and systems. Every day, millions of users and thousands of businesses experience Nuance’s proven applications. For more information, please visit www.nuance.com.