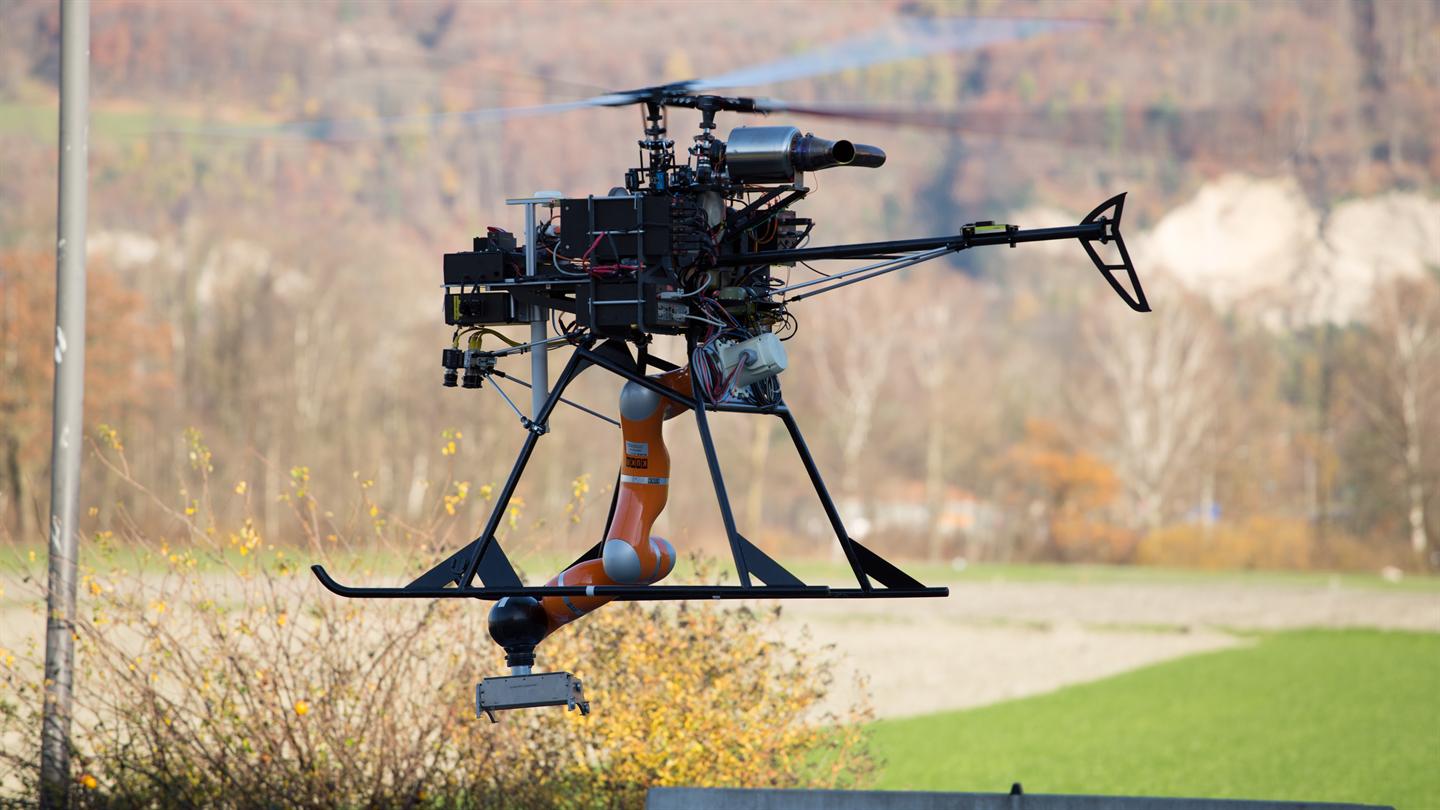 Mobile inspection robots crawl over pipelines on magnetic wheels and identify critical points using special sensors. What sounds like science fiction has long since become reality, but the moment that these robots need to be serviced and inspected, it has not been possible to avoid human interaction. Now, for the first time, researchers at the German Aerospace Center (Deutsches Zentrum für Luft- und Raumfahrt; DLR) have successfully integrated an industrial robotic gripper arm with seven degrees of freedom into an autonomous helicopter system as part of the European Union ‘Aerial Robotics Cooperative Assembly System’ (ARCAS) project. This makes it possible to inspect and service robots on the pipelines without risk. Similar systems could also be used for the maintenance of satellites or even for building habitats on other planets.

People have wanted to use intelligent tools to inspect pipelines and industrial systems for a long time. The reason is simple – to access difficult-to-reach areas, scaffolding has to be erected, which is complicated, costly and extremely dangerous. This is why robots are increasingly performing these tasks, and where the researchers from the DLR Institute of Robotics and Mechatronics in Oberpfaffenhofen have begun their work. Their vision is that the gripper arm system on an autonomous helicopter will replace human intervention in difficult-to-reach or dangerous places.

To reach the desired position, the system navigates autonomously using GPS. Upon arrival, it switches to a precision image processing system based on a number of cameras. The inspection robot can then be accurately located and the gripper arm precisely placed on the target. With the current state of development of the system, the magnetic maintenance robot can be gripped with centimetric precision. Once gripped by the arm, the helicopter can autonomously transport the maintenance robot to a safe location, or in the future, repair it directly on site while hovering.

‘Force-torque sensors’ are also installed in each of the seven joints in the arm. They ensure the robot arm retracts automatically if objects in the area are unintentionally touched. Objects with a mass of up to eight kilograms can be gripped. The developed algorithms connect the robotic gripper arm controls with the helicopter controls to minimise mutual influence. This ensures the stability of the overall system and the high level of gripping precision.

Demonstration of gripping with a model of a maintenance robot:

For this research work, a double-rotor helicopter from SwissDrones was used.

The system can also be used to repair maintenance robots. The options for this application are as diverse as they are exciting. Several gripper arms could repair defective satellites from one or more mobile platforms, install new modules on the ISS or help with the construction of a lunar habitat. In the opinion of the DLR researchers, the mathematical and technological questions in these applications are very similar; the new technology is just the beginning of completely new possibilities.

Parts of this research work were performed in the framework of the DLR HELLMAN project. In the subsequent project, AEROARMS (AErial RObotics System integrating multiple ARMS and advanced manipulation capabilities for inspection and maintenance), the technology will be developed for industrial applications. The project will be conducted as part of the EU program Horizon2020. In addition to DLR, the University of Seville,LAAS-CNRS, Consorzio C.R.E.A.T.E., FADA-CATEC, TÜV Nord, UPS-CSIC, Elektra UAS, Alstom Inspection Robotics and Sensima Inspection SARL will also be involved.