/ Buildings / Truescan3D Captures One of Cincinnati’s Most Iconic Buildings

Truescan3D Captures One of Cincinnati’s Most Iconic Buildings 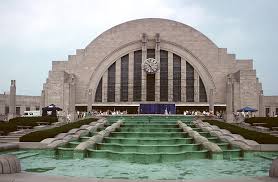 Construction on Union Terminal originally began in 1929, and several adjustments were made during construction.

“It may be a bit of a surprise to some, but not all buildings are actually built according to the original plans and specifications,” Turner Construction project executive Bob Grace said in a WCPO news article. “Union Terminal is no exception.”

“Being a Cincinnati-based firm, it’s an incredible feeling to be involved in a local project with such national historical significance,” Truescan3D Director of Reality Capture David Cox said. “We had two scanning teams working two shifts for several weeks on the data collection effort. Not once did anyone complain about working so many hours. In fact, they looked at each day as a new adventure as they explored and examined every inch of the historic structure. The size and complexity of the project is unmatched in our history and probably ranks as one of the largest 3D scanning projects in the region.”

Truescan3D scanned both the interior and exterior for the building, using a Leica P40, one of the most accurate scanners available for this application. In addition to providing spatial measurements of walls, floors and ceilings, the scans will also help the architects analyze the mechanical systems, architectural components and steel structure of the building.