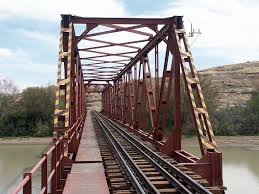 WASHINGTON – The Federal Railroad Administration today launched a new tool on its website that allows states and municipalities to request inspection reports for rail bridges in their communities. The tool is being launched following the passage of the Fixing America’s Surface Transportation (FAST) Act and is one of the first provisions FRA has implemented. FRA also announced today that it has requested additional resources as part of the President’s Fiscal Year 2017 budget to double its bridge specialist staff and create a national bridge inventory database and website.

“Communities across the country will now have access to information on the condition of railroad bridges in their area,” said U.S. Transportation Secretary Anthony Foxx. “These inspection reports will provide greater transparency between railroads and local leaders, which is an important cornerstone in our comprehensive safety efforts.”

A state or a political subdivision of a state, such as a city, county, town or municipality, can now use FRA’s website to request information from inspection reports for local bridges via https://www.fra.dot.gov/Page/P0922. Once FRA receives the request, the railroad that owns the bridge will have 30 days to respond to the request. FRA plans to provide a copy of the report to the requester within 45 days of the original request.

According to the FAST Act, the following information about the bridge will be included in the report: the date of the last inspection; length of bridge; location of bridge; type of bridge (superstructure); type of structure (substructure); features crossed by the bridge; railroad contact information; and a general statement on the condition of the bridge.

“The Federal Railroad Administration has repeatedly urged railroads to be more responsive and more transparent with state and local leaders concerned about the condition of their local railroad bridges. State and local officials will now be able to get more information from railroads on the infrastructure in their communities,” FRA Administrator Sarah E. Feinberg said. “Providing inspection reports to local leaders is a great first step, but more can—and must—be done. We hope Congress will provide the resources to double our bridge safety staff and create a national database.”

The FAST Act addressed the issue after months of Administrator Feinberg repeatedly urging railroads to be more transparent and respond to communities when they have questions and concerns about the condition of rail bridges.

Last September, the Administrator sent a letter to all railroads saying, “When a local leader or elected official asks a railroad about the safety status of a railroad bridge, they deserve a timely and transparent response. I urge you to engage more directly with local leaders and provide timely information to assure the community that the bridges in their communities are safe and structurally sound.” While addressing, the Railroad Safety Advisory Committee in November 2015, Administrator Feinberg again told railroads that, “When FRA is asked about bridge safety, it’s frequently because, again, the public or a member of Congress become concerned and has tried to get answers from a railroad, and they have been ignored or put off.”