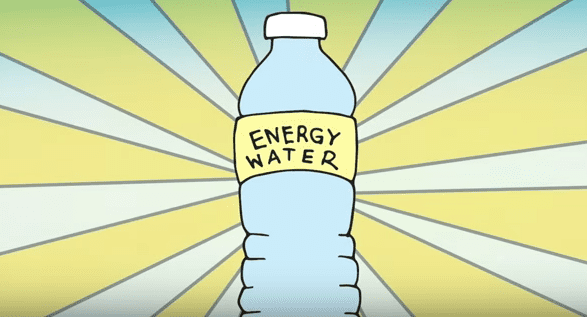 But two Virginia Tech researchers have stolen the spotlight from the sun by discovering a way to maximize the amount of electricity that can be generated from the wastewater we flush down the toilet.

An animated graphic explains the science behind the discovery and shows its potential impact.

Xueyang Feng and Jason He traced bacteria, which led them to discover that the working relationship between two specific substrates produced more energy than either did separately. This work will help take the mystery out of how electrochemically-active bacteria create energy. It could help in the development of new treatment system called a microbial fuel cell.

“Tracing the bacteria gave us a major piece of the puzzle to start generating electricity in a sustainable way,” said Feng, an assistant professor of biological systems engineering. “This is a step toward the growing trend to make wastewater treatment centers self-sustaining in the energy they use.”

The discovery is important because not all organics perform the same job in the same way. Some work because they are food for the electricity-generating bacteria while others are good at conducting energy.

The team found that when these two substrates are combined, the output of energy is far greater than when they are working separately.

The organics work in tandem with receptors in fuel cells, and while research using microbial fuel cells is not new, the kind of organics that Feng and He used was novel in generating electricity because they were able to measure the symbiotic nature of two particular organics.

The unique methodology that allowed them to trace the metabolic pathways of the different strains of bacteria, called carbon 13 pathway analysis, was the first time this type of isotope labeling process was used in measuring metabolism in microbes, the researchers said. The analysis works by creating a non-radioactive isotope on a carbon group that is visible through a mass spectrometry.

Treatment plants are now able to harness methane from the solids in sewage allowing towns such as Grand Junction, Colorado, to generate energy from waste. The plant takes in 8 million gallons of wastewater and is the first city in the U.S. to fuel its vehicle fleet with produced from human waste.

He’s research also includes work with gaseous elements, specifically ammonia. In wastewater, ammonia is a pollutant. If too much is discharged into a watershed, it feeds harmful algal blooms that can devastate aquatic ecosystems.

Mohan Qin, a second-year doctoral student in He’s lab, has built a system that recovers ammonia and removes other contaminants while generating electricity at the same time. This is the first time that ammonia-driven forward osmosis has been combined with an ammonia-generating microbial electrochemical cell, Qin said.

The idea earned Qin, who is from Shandong Province, China, the 2015 Innovation Award for Best Technological Advancement from the International Society for Microbial Electrochemistry and Technology.

The results of this work encouraged the further development of microbial fuel cells, especially system scaling up. The He lab is currently operating a 200-L microbial fuel cell system in a local wastewater treatment plant for evaluating its long term performance with actual wastes.

For now, however, Feng and He are not only giving wastewater its moment in the sun, they are making sure that, whether its ammonia or organic waste, that producing energy from wastewater is part of a movement.