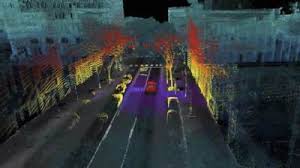 SUNNYVALE, Calif.—Fast Company has recognized Quanergy Systems, Inc., the leading provider of LiDAR sensors and smart sensing solutions, as one of the Top 10 Most Innovative Companies of 2016 in Automotive. The award honors leading enterprises and rising newcomers that exemplify the best in impactful innovation from around the globe.

Fast Company ranked Quanergy as a leader in the automotive category for the company’s expertise in “developing hardware and software that make driverless cars cheaper for the rest of us.” Quanergy is the only LiDAR company featured on Fast Company’s list this year and joins an elite group of companies in the automotive sector including Hyundai, Ford and Tesla Motors. The list is published as part of Fast Company’s 2016 Most Innovative Companies issue, which hits newsstands next this week.

“This honor by Fast Company represents Quanergy’s commitment to innovation in developing a disruptive solid state LiDAR sensor that enables autonomous driving,” said Dr. Louay Eldada, Quanergy CEO. “We couldn’t be more thrilled with our inclusion in this year’s Most Innovative Companies list and to be recognized alongside other automotive tech giants and leading technology innovators.”

Quanergy’s S3 solid state LiDAR sensor accurately creates a real-time, long-range 3D view of its surroundings and provides the ability to recognize objects. Weighing less than 11 ounces and small enough to fit in the palm of your hand, the affordable and reliable S3 is the fundamental component necessary for the emergence of autonomous vehicles.

Most Innovative Companies is one of Fast Company’s most significant and highly anticipated editorial efforts of the year. To produce the 2016 list, the magazine’s editors spent a full year gathering and analyzing data on companies around the globe. The resulting package emphasizes the breadth of companies with progressive, agile business models, cultures of creativity, and ability to adapt in today’s fast-paced world.

Quanergy Systems, Inc. offers the world’s leading LiDAR sensors and software for real-time mapping and object detection, tracking, and classification. Founded in 2012 and headquartered at the heart of Silicon Valley in Sunnyvale, California, the company builds on decades of experience of its team in the areas of optics, photonics, optoelectronics, artificial intelligence software, and control systems. The sensor data is utilized to greatly improve the accuracy and reliability of 3D spatial perception for Advanced Driver Assistance and Active Safety Systems. It is an enabler to the introduction of autonomous driving in the future. Quanergy’s LiDARs lead in all six key commercialization areas of price, performance, reliability, size, weight and power consumption. Beyond transportation, Quanergy’s sensors have applications into more than 30 market verticals including terrestrial and aerial mapping, industrial automation, smart home and security. For more information, visit quanergy.com,LinkedIn, Twitter and Facebook.