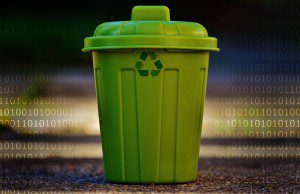 Waste management is a significant problem for the world, which is why it was one of the topics chosen for teams to tackle at the January 2016 TiE Smart Cities Hackathon. This event brought together more than 100 teams and encouraged them to use their coding skills to tackle the world’s social and civil issues. From the many talented teams that took part, between them representing more than 50 cities in 10 countries, we chose six outstanding projects for detailed judging. The winners of the competition will be chosen from this shortlist.

Let’s take a look at two of the social good projects that emerged from the TiE Hackathon. These projects are both great examples of the hacking for good that tech enthusiasts achieved during our online event aimed at coding for global change.

The first team hacking to solve social issues comprises three members — Ishaan Pathan, Azhar Pathan and Vishal Verma — all of whom are from Bangalore. These three smart young entrepreneurs worked on a smart waste management project, which used IoT software applications to deploy waste workers efficiently across a city. The project uses an intelligent routing system, which identifies the top sites for garbage accumulation and re-routes workers to efficiently clear the waste from those areas.

According to the team, the TiE Hackathon provided a “unique opportunity” to work on a project that “perfectly fits into our vision of tech enabling 100 smart cities of India.” They learned how to apply their skills to multiple roles, from product management to testing.

If it can be successfully brought to market, the team’s solution could make a significant difference to India’s cities, which currently generate 62 million tons of garbage every year. Currently, this garbage is often not collected correctly, instead ending up collecting in vacant lots, in the city’s drains and on the streets. This public health hazard blocks drains, leading to floods in the city, and it contaminates water supplies.

Jaideep Saptarshi and Shiladitya Mukhopadhyaya, both from Mumbai, worked on an IoT project that aimed to maximize the amount of trash collected in the least amount of time, while minimizing the number of dumps formed.

The entrepreneurs used a smart algorithm to work out where to apply sensors, allowing them to minimize the cost of the system while maintaining its effectiveness. These sensors provide information about the amount of accumulated trash, allowing workers to focus their efforts as efficiently as possible to maximize the amount of trash they can clear away in the time available.

Jaideep, founder and executive director at the waste management company Vermigold Ecotech Pvt Ltd, said, “We are going to take this product to market and actually deploy it in a real smart city.” Meanwhile, Pointshelf founder and CEO Shiladitya spoke about the benefits of taking part in the TiE Hackathon. “The fact that TiE has given us this platform will really help us meet the right kind of people,” he said, adding that the team hoped to apply the solution they have developed in real world scenarios.

Now that the TiE Smart Cities Initiative Hackathon is over, a panel of judges is preparing to scrutinize the six shortlisted projects in detail. The judging panel includes esteemed individuals from academia and industry, each of whom has valuable experience in problem solving.

Learning from the Hackathon

For the more than 100 teams that took part, the TiE Smart Cities Hackathon served as a great opportunity to develop the social entrepreneurship and leadership skills necessary to bring an innovative idea to market. It’s been a chance for some of the world’s most passionate young coders to try their hand at hacking to solve social issues.

The two projects featured here both focus on waste management, which is a serious issue around the world. Other hackathon teams chose to focus their efforts on other serious global issues, such as water management, which has important environmental and social consequences. With as many as 700 million people currently living without reliable access to clean, safe drinking water, water management is a key issue for today’s young entrepreneurs to tackle. Other issues tackled in the 2016 TiE Smart Cities Hackathon included energy management, environmental concerns and parking, all of which could have significant impacts on the lives of people living in the cities of
tomorrow.

Several developers have expressed interested in continuing to work with the Atomiton Simulation APIs beyond the hackathon deadline. This commitment speaks to the impact the TiE Smart Cities Hackathon has had on young developers inspiring them to be passionate about their projects and applications that can have a lasting impact on the world.

The winning team of TiE Hackathon developers will be announced in February or March 2016; the winners will receive a cash prize and tickets to the TiE entrepreneurship conference,TiEcon, which takes place in early May 2016. At this conference, the hackathon winners will get further opportunities to network with people who could help them bring their technological dreams to life.

Do you wish that you had been involved in this year’s TiE Smart Cities Initiative Hackathon? Visit the TiE Smart Cities web page to learn more about the event and find out whether you have what it takes to take part in future TiE Hackathon events.