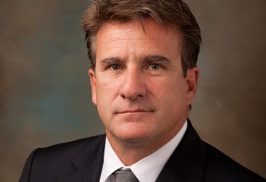 With approximately 7,800 employees, Veolia North America provides comprehensive water, energy, waste and resource recovery solutions to more than 530 cities and 30,000 businesses. In a variety of industry surveys, the company is ranked by revenues as the continent’s largest All-Environmental Firm, the leading provider of water/wastewater public-private partnerships, the largest operator of district energy systems, the second-largest provider of hazardous waste management services, and the largest industrial cleaning services company.

DiCroce succeeds Terry Mah, who served as the company’s CEO since 2013 and now leads business development activities in the Americas as senior vice president for Veolia’s Global Enterprises group.

A 32-year veteran of the energy and environmental industries, including 20 years in the nuclear industry, DiCroce previously served as president and chief operating officer of Veolia North America’s Municipal and Commercial business. Prior to the consolidation of Veolia’s water, energy and waste businesses in 2013, DiCroce served as president and CEO of Veolia Energy North America, following his successful four-year role as the company’s executive vice president and chief operating officer. He joined Veolia in June 2008.

“More than ever, our services can make a very real difference for cities, campuses, companies and other organizations looking for environmental services and resource solutions – whether it’s managing, conserving and recovering energy or water resources for cities or helping a refinery with their operations or with a critical turnaround,” said DiCroce. “I’m very excited to be leading so many talented environmental professionals throughout the United States, Canada and the Caribbean, and I look forward to building a dynamic future for our team and for the customers we serve.”

Before joining Veolia, DiCroce was president and chief operating officer of NSTAR Electric and Gas Company’s unregulated subsidiaries, which owned and operated district energy and telecommunications businesses and private utilities in the greater Boston area. Prior to that, DiCroce held operational and executive positions with Entergy Nuclear and Boston Edison. He began his career with General Electric at the Knolls Atomic Power Laboratory, where he was certified as a nuclear power engineer within the U.S. Naval Nuclear Propulsion program.

DiCroce earned a bachelor’s degree in marine engineering at the Massachusetts Maritime Academy and an M.B.A. at Boston University. At the Massachusetts Maritime Academy, he served as an adjunct professor for nuclear power technology. He serves on various boards of directors including the International District Energy Association (IDEA), the Advanced Energy Economy, and the Northeast Clean Energy Council.

Veolia group is the global leader in optimized resource management. With over 179,000 employees* worldwide, the Group designs and provides water, waste and energy management solutions that contribute to the sustainable development of communities and industries. Through its three complementary business activities, Veolia helps to develop access to resources, preserve available resources, and to replenish them. In 2014, the Veolia group supplied 96 million people with drinking water and 60 million people with wastewater service, produced 52 million megawatt hours of energy and converted 31 million metric tons of waste into new materials and energy. Veolia Environnement (listed on Paris Euronext: VIE) recorded consolidated revenue of $29.6 billion* in 2014. www.veolia.com

Comments are disabled
NEXT ARTICLE
Goby's SeaSuite Chosen by Brandywine Realty Trust to Manage Building Data and Sustainability Reporting
February 19, 2016
PREVIOUS ARTICLE
Rising Sea Levels: A Cause of Concern for the Coastline
February 19, 2016