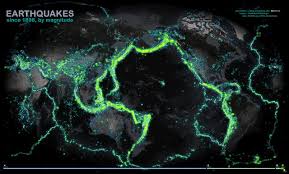 Scientists can tell you where earthquakes are likely to occur and predict their frequency over time, but no one can predict when the next big one will strike.

Bob Yeats, a retired emeritus professor of geology at Oregon State University, sounds the alarm in his new book, ‘Earthquake Time Bombs,’ now available in hardcover from Cambridge University Press ($29.99), and takes predictions one step further by detailing megacities that are likely to be struck by earthquakes.

“The massive migration of people to cities in the last century means that the next big earthquake will produce orders of magnitude with greater losses than the last earthquake affecting the same region,” says Yeats. “And as scientists, we have a responsibility to reduce the impact of these future earthquakes.”

Yeats says the implications of time bomb earthquakes are worldwide.

An earthquake in Tehran completely changes the political situation in the Middle East because Tehran accounts for such a large percentage of the GNP of Iran.  Same for Jerusalem, Caracas, and Mexico City.

He examines these seismic threats in the context of recent cultural history, including economic development, national politics, and international conflicts and draws comparisons between the capacity of the first world and developing world countries to prepare for the inevitable to mitigate the effects of future disasters.

Catastrophic earthquake forecasting isn’t an exact science, but Yeats has previous experience when it comes to the timely and prescient prediction of significant seismic threats.

In a media interview in January 2010, he sounded the alarm on Port-au-Prince, Haiti, as an ‘earthquake time bomb’, a region at critical risk of significant seismic activity. One week later, a catastrophic magnitude-7 earthquake struck the city, leaving over 100,000 dead and triggering a humanitarian crisis.

No one could have predicted the exact timing of the Haiti earthquake, but by analyzing its proximity to an active fault and its earthquake history, Yeats was able to point out the severity of the threat to Port-au-Prince.

Earthquake Time Bombs is essential reading for politicians, policymakers, infrastructure and emergency planners, risk managers, scientists, the media, and anyone living in the real or metaphorical shadow of an earthquake.

Praise for Earthquake Time Bombs
“Yeats provides the proverbial wake‐up call for earthquake‐prone major cities around the world. History, politics, economics, and seismology are interwoven to demonstrate the unique challenges each city faces, as well as the lessons to share with the others.”
-Mark Benthien, Southern California Earthquake Center

About the Author
Robert Yeats is a Fellow of the American Association for the Advancement of Science and the Geological Society of America. He is a senior consultant and partner in Earth Consultants International, an international firm focusing on earthquake hazards, and also an Emeritus Professor at Oregon State University, where an endowed professorship has been named in his honor. He has decades of experience in earthquake geology worldwide, including acting as chair of an active fault working group of the International Lithosphere Program for several years and writing four previous books: Geology of Earthquakes (with Kerry Sieh and Clarence R. Allen), Living with Earthquakes in California, Living with Earthquakes in the Pacific Northwest, and Active Faults of the World.

About Cambridge University Press
Cambridge University Press dates from 1534 and is part of the University of Cambridge. We further the University’s mission by disseminating knowledge in the pursuit of education, learning and research at the highest international levels of excellence. Playing a leading role in today’s global marketplace, we have over 50 offices around the globe, and we distribute our products to nearly every country in the world. We publish titles written by authors in over 100 different countries.