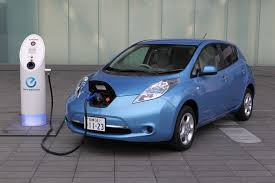 When comparing all 815 model year 2016 cars in North America in a head to head life-cycle assessment, ASG’s study did not find a single vehicle with a conventional combustion engine earning a place on ASG’s Best 20 Environmental Performance List. The all electric Nissan LEAF topped the list with the smallest life-cycle carbon footprint of any model year 2016 car.

When comparing all 567 SUVs head to head, only five of the nine SUVs with hybrid and PHEV configurations made ASG’s Best 20 Environmental Performance List (SUV), the remaining 15 places were held by SUVs with conventional powertrains. Topping the list was the 2016 Toyota RAV4 Hybrid, with the smallest life-cycle carbon footprint of any model year 2016 SUV.

The Fiat Chrysler Automobiles’ 2016 Jeep Patriot held the lowest cost of ownership of all model year 2016 SUVs, topping ASG’s Best 20 Economic Performance List (SUV) for the fifth consecutive year. The list was rounded out by all conventional powertrains, with no hybrid, PHEV’s or diesel engines. Similarly, ASG’s Best All-Around Performance List (SUV) was dominated by conventional powertrains with the the RAV4 Hybrid as the only outlier. The 2016 Mazda CX-3 topped the list and was named ASG’s BEST ALL-AROUND PERFORMANCE SUV of 2016.