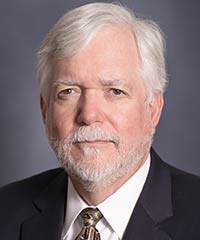 Millar, who currently serves as the Deputy Secretary for the Washington State Department of Transportation, brings more than 38 years of experience within the transportation arena. During that time, he has worked in construction, design, planning, research, policy development, management and administration in both the public and private sectors.

“WSDOT is fortunate to have Roger, an accomplished engineer and transportation leader, to step up in this pivotal leadership role. Roger is not only an outstanding manager, he’s committed to furthering the innovative work happening throughout WSDOT,” Inslee said.

Millar has served as public works director, city and county planning director, and vice president of a multi-national engineering firm, among many career highlights. Prior to joining WSDOT, Roger served for five years as vice president of a national not-for-profit organization, providing technical assistance to state transportation agencies in Florida, Michigan, Minnesota, Oregon, Tennessee and Vermont.

Millar was elected a Fellow of the American Society of Civil Engineers (ASCE) in 1999. From 2000 to 2014, he served on the ASCE Committee for America’s Infrastructure, which produces the nationally recognized “Report Card for America’s Infrastructure.” Millar has won national, state, and local awards for planning and project delivery. Those awards included the Association of Metropolitan Planning Organization’s National Award for Outstanding Achievement in Metropolitan Transportation Planning and the American Consulting Engineers Council Honor Award.