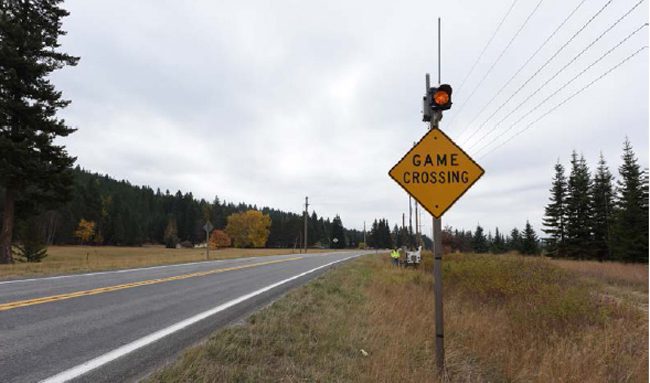 NORTHERN IDAHO – Collisions between wildlife and vehicles can be a big problem, and common in rural states such as Idaho. Those collisions account for more than $8.4 billion nationwide each year, and cost Idaho a total of nearly $20 million last year. The Idaho Transportation Department (ITD) is investigating a system that could significantly reduce these wildlife-vehicle conflicts.

ITD’s Research Program has initiated a project to evaluate an innovative new wildlife-detection system that may bring improved safety to area highways, and reduce the personal injury and property damage. The project is the result of a request from ITD’s northern Idaho office, and is a partnership between ITD and the Western Transportation Institute (WTI) of Montana State University.

Preliminary studies indicate that vehicle-animal collisions could be reduced by at least one-third by using the system.“Wildlife-vehicle collisions are a costly safety issue for Idaho travelers,” said ITD Research Program Manager Ned Parrish. “Injuries and the loss of life — human or wild animal — are broad social and environmental concerns.” 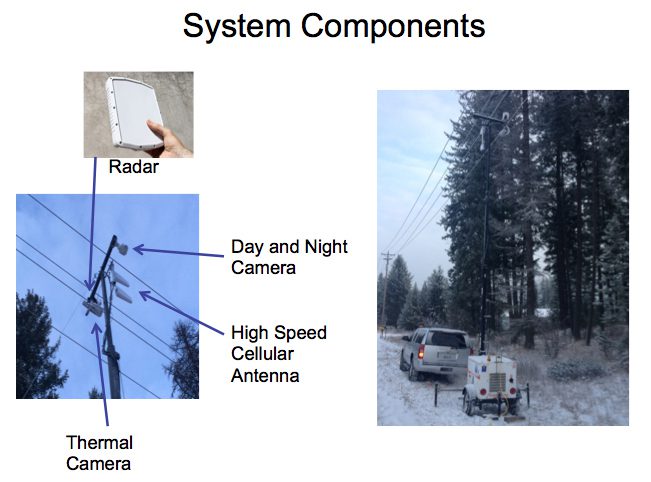 These costs include vehicle-repair costs, human injuries and fatalities, towing, accident attendance and investigation, monetary value to hunters of the animal killed in the collision, and the cost of disposal of the animal carcass.

The system, which was developed by Boise’s Sloan Security Group, uses a Doppler-radar sensor mounted on a pole 20-25 feet above the ground, allowing the sensor to “look over” semi-trucks to detect large animals on both sides of the road and on the road itself for several hundred meters. The system is connected to flashing warning beacons that are activated to alert drivers of animals on or near the roadway.

Here is a video, from Sloan Security, showing thermal images of deer crossing the road near vehicles. The first video shows a close call as the animals cross near a car. The car slows, as predicted by the flashing warning beacons, and the collision is avoided: https://youtu.be/R4ZWQdMM7f0.

Parrish noted that “the system has the potential to be moved from one location to another as wildlife movement patterns change. This would provide greater flexibility and be more cost-effective as compared to fencing and wildlife crossing structures.”