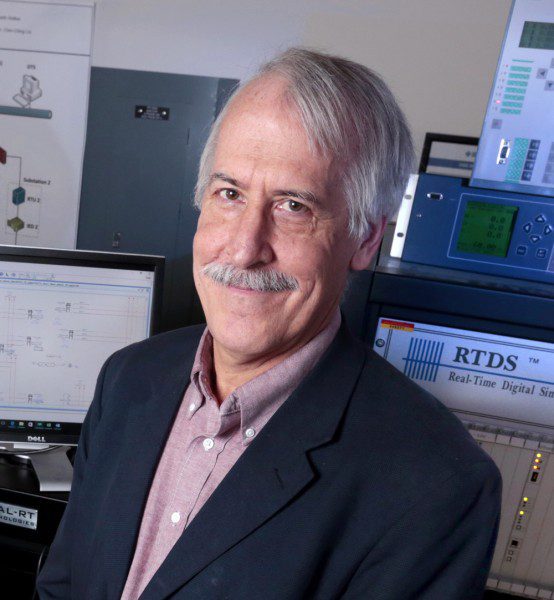 AMES, Iowa—Teams of students will face eight straight hours of attacks on the computers and networks behind a simulated city’s power and water utilities.

Can they protect all the software, hardware and connections? Will the lights stay on? Will the water run? Will the residents of a small, fictional city be without critical services and infrastructure?

It’s all part of the country’s first Cyber-Physical System Cyber Defense Competition at Iowa State University. The competition is 8 a.m. to 4 p.m. Saturday, Feb. 13, in Room 1313 of Iowa State’s Coover Hall. The event is free and open to the public.

The contest has attracted 15 teams from universities, community colleges and the Iowa Air National Guard. There will also be a spectator team of government and industry officials.

The event is a twist on the Cyber Defense Competitions that Iowa State has been running for years. Those competitions challenge students to protect a computer network from hackers. This time students also have the physical infrastructure of the grid and water systems to protect.

“The goal is for these students to think beyond protecting a web server,” said Doug Jacobson, a University Professor of Electrical and Computer Engineering who specializes in cyber security. “In today’s world, there are 7 billion devices connected to the Internet. And most of those devices aren’t servers.”

Jacobson said the competition will also demonstrate to utility, government and company officials how the competition’s equipment and format can help them prepare for cyber attacks on the power grid, other infrastructure and even company factories.

“Factory floors use the same technology as the power and water grids,” Jacobson said. “There could be big consequences if somebody gets into a factory’s computers and messes up a formula or product. So companies are interested in protecting the factory floor.”

The key to the competition is ISEAGE (pronounced “ice age”), the Internet-Scale Event and Attack Generation Environment. It’s a controlled, simulated Internet for cyber security research and education. Jacobson developed the technology at Iowa State with support from the U.S. Department of Justice.

Cyber Defense Competition organizers have designed several new layers into this contest, including a model of a small city with tiny lights that will go out if a cyber attack creates a blackout. If students notice a problem in their control center, they’ll have to go to another room to check the model and confirm whether the grid is working.

Then, after going over all the reasons this first-in-the-nation contest is noteworthy, Jacobson offered one more: “It’s going to be a blast.”

Comments are disabled
NEXT ARTICLE
Flood Risk Can be Higher with Levees than Without Them
February 11, 2016
PREVIOUS ARTICLE
ONE DROP Creates World-class Water, Sanitation and Hygiene Advisory Committee
February 11, 2016