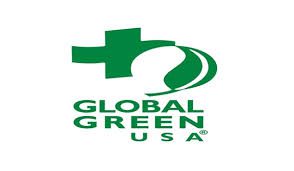 Matt Ball on February 10, 2016 - in Modeling, People
Santa Monica, Feb. 9, 2016—Global Green USA, a national leader in advancing smart solutions to climate change that improve lives and protect our planet, is pleased to announce that Rick Fedrizzi, CEO of the U.S. Green Building Council (USGBC), has joined the Global Green USA Board of Directors.
As the founding chair of USGBC, Fedrizzi is recognized as a global leader in the green building movement.  He brings decades of experience, both as a business leader and as head of one of the most influential and innovative environmental non-profits, to Global Green USA, the American affiliate of Green Cross International, founded by former Soviet Union President Mikhail Gorbachev to foster a global values shift toward a sustainable and secure future.
A passionate advocate for sustainable business, Fedrizzi co-founded USGBC while he was Environmental Marketing Director at United Technologies Corporation.  He has served as USGBC’s CEO since 2004 and during the past decade has led USGBC’s efforts to establish green building as a global mainstream movement.  USGBC’s LEED green building rating program has been a cornerstone of Fedrizzi’s far-reaching agenda.  Since its launch in 2000, LEED has grown exponentially: nearly 75,000 commercial projects spanning more than 14 billion square feet and nearly 200,000 residential units around the world participate in LEED, with 1.8 million square feet of building space earning LEED certification every day.
Fedrizzi also established the Center for Green Schools at USGBC, establishing a powerful collaborative platform to improve school facilities and bring attention to the idea that where our kids learn matters, successfully encouraging a national effort to improve the building stock of our nation’s schools.
“We’re very excited to have Rick join our Board of Directors,” said Global Green USA President and CEO Les McCabe.  “Rick brings his tremendous experience to our work to create transformative model projects and advance new policies that build sustainable and resilient communities and affordable housing.  This will cement the already close collaboration between USGBC and Global Green, allowing us to give added weight to our shared efforts to solve the world’s most pressing environmental challenge – climate change.”
Fedrizzi serves on numerous boards and advisory committees including WATSCO, the largest distributor of air conditioning, heating and refrigeration equipment in the United States; the Center for Health and the Global Environment at the Harvard T.H. Chan School of Public Health and Bank of America’s National Community Advisory Council.  His many awards and honors include the Charles H. Percy Award for Public Service from the Alliance to Save Energy, the Olmsted Award from the American Society of Landscape Architects, the Arents Award from Syracuse University, and honorary membership in the American Institute of Architects.  He is also CEO of Green Business Certification Inc. and chair of the Global Real Estate Sustainability Benchmark.  His book, Greenthink:  How Profit Can Save the Planet, was released in late 2015 to wide acclaim.
About Global Green USA
Global Green USA is dedicated to helping the people, places, and the planet in need through catalytic projects, transformative policy, and cutting-edge research.  Global Green USA’s signature programs include greening affordable housing, schools, neighborhoods, and cities as well as rebuilding communities such as New Orleans and areas of New York and New Jersey that have suffered from the impacts of climate change, sea level rise, and environmental degradation.ÍÍ  For more information, visitglobalgreen.org and follow us @globalgreen.