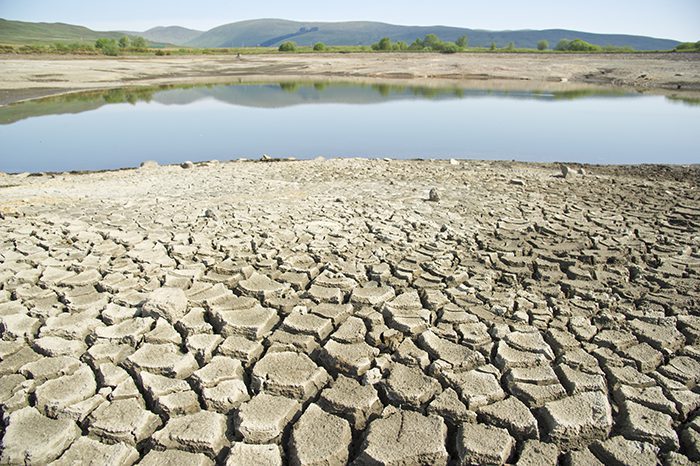 The Environment Agency’s draft guidance for the next generation of Water Resource Management Plans makes it clear that water companies must understand how their systems will perform during periods of drought.

Ralph Ledbetter is a senior hydrologist at HR Wallingford. He explains why water companies need to look beyond their historic records if they want to see the bigger picture when it comes to effective planning for drought.

Why consider droughts beyond the historical record?

The draft Environment Agency planning guidelines for PR19 outline that water companies “need to know how much water is reliably available to supply your customers in each of your water resource zones through a range of challenging droughts.”

Traditionally for water supply planning a company uses the historic record to identify the worst drought events that have affected their area and then use these drought events to test the performance of their contemporary water supply system. In England and Wales the historical record typically goes back to the early twentieth century, although with greater uncertainty as data records are less widespread further back through time. This will typically provide up to five or six historical events, with differing degrees of magnitude and impacts, in order to design and plan a water supply system.

Drought events are rare and their characteristics are both spatially and temporally variable between different drought events. Planning to the events in the historical record alone does not reflect the fact that droughts could occur in the future with different characteristics to those that we have already experienced. The concern is that a water supply system may appear robust to the historical events to which it is designed but it may not perform to the same standards when exposed to a previously unseen drought.

How to consider droughts with different characteristics

A number of methods and evidence sources exist for creating droughts with different characteristics from those in the historical record. Understanding the differences between methods can help to identify which is most suitable for testing a specific water supply system.

Drought is a complex phenomenon whose occurrence and predictability, even today, is not fully understood by meteorologists, climatologists and hydrologists. There are a number of sources of evidence which can be used to generate drought events that are different from those observed historically however they are all typically constrained by our latest scientific understanding.

Stochastic weather generators are used to generate long sequences of artificial weather and are typically trained to do this based on historical data. The weather sequences are generated for many hundreds of years in which it is possible to identify drought periods for testing a water supply system. A weather generator can be used to produce drought events with a range of different characteristics to those from the historic record. Due to the long nature of the sequences developed, return periods can be calculated to be associated with each event. However, it should be noted that weather generators are calibrated using historical data and it is therefore difficult to validate the drought events that are more severe than the historical record. Stochastic weather sequences were used by Southern Water for WRMP2014 and HR Wallingford is currently applying stochastic weather sequences for two other water companies for WRMP2019.

Synthetic drought scenarios allow a water supply planner to decide what type of drought event they would like to test their system against. The methods HR Wallingford helped develop as part of the Environment Agency and UKWIR project “Understanding the performance of water supply systems during mild to extreme droughts” used drought duration and long-term average rainfall deficit to define the design drought event. The drought events are created by resampling the historical record in order to produce the desired drought characteristics. The droughts events can be viewed as a stress test placed on a water supply system and can also be used to modify the characteristics of historical drought events. HR Wallingford is currently applying these techniques for a number of water companies to assess their system vulnerability to drought and to test the ability of future infrastructure development options to reduce the risk and impact of future droughts.

Climate models are typically used to understand the impacts of climate change on mean climate throughout the twenty-first century. The latest climate models also provide time series of climate for the twentieth century with multiple versions provided to reflect different sequences of natural climate variability. The climate model outputs can therefore be analysed to identify drought sequences. However, climate models are generally considered to have limited skill in simulating some climate variables relevant to drought formation and persistence and so at the current time should only be used to identify drought signals which can then be combined with resampling of the historical record to provide an inventory of climate change impacted drought scenarios for testing a water supply system. A similar approach is currently being applied by HR Wallingford as part of the Water UK funded Water Resources Long Term Planning Framework.

Understanding the impacts of drought

Hydrological and water supply system simulation models are typically used to assess a design drought scenario’s impact on the water available for supply. Where complex water supply system models, which maybe computational intensive, are necessary a screening approach can be used to help identify the key design droughts of interest before using employing the more complex models.

In order to understand the impacts of the design drought scenarios on the water supply system a modelling study is usually required. Catchment hydrological models, such as Hysim, CatchMod, PDM and SIMFLOW are often used to simulate the impacts of the drought scenarios on river flows. These models have all previously been used to efficiently batch run very large ensembles of simulations and, therefore, do not themselves provide a constraint to the approach that should be adopted. However, the performance of the calibrated hydrological models during drought periods should be scrutinised to ensure their performance remains robust when stressed under different drought conditions to which they have been calibrated.

The design drought river flows generated by the hydrological models can then be used with a water supply systems model to understand the change in resource available in the system. A number of design drought methods generate long time series of many hundreds of years, often with multiple versions in order to capture difference modes of climate variability. Where a detailed supply system model cannot practicably be used with such a large ensemble of drought scenarios a pragmatic approach, already adopted by at least one water company, might be to use a simplified system model as a screening tool. This approach identifies the most significant design droughts prior to a detailed deployable output assessment using the more sophisticated system model.

Testing a water supply system with droughts that are more severe than those to which it has been originally designed allows a water supply planner to understand whether their system would be robust when exposed to drought events that are different. It can help to identify water supply systems that may be more vulnerable to drought which could require additional drought measures in the immediate term or further options development to mitigate the risk of drought over the longer term planning process.