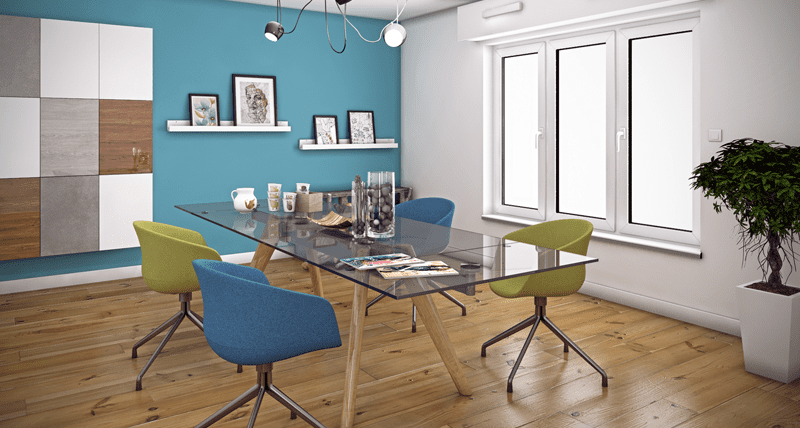 Compatible with SketchUp versions 2015 and 2016, Render[in] 3 uses the same settings as SketchUp, so learning how to create high-definition renderings is fast and easy. Once the model is ready, Render[in] brings designs to life, by offering realistic additions like a 3D sky, four types of clouds, and modifiable lighting sources. Render[in] also offers additional texture settings to choose from, like specular reflection and shininess, and auto-bump for materials.

Render[in] 3 is even more realistic when it comes to the distribution and dispersion of artificial lights. A light is created from any SketchUp group or component; a single surface creates a spotlight, while a volume creates a point light. Easily find and edit these Render[in] Lights in the Outliner.  In addition, neon lights have been completely updated for this version with considerable gains in terms of quality and calculation speed.

Render[in] 3 brings you a new visual effect called the Architect Camera. This function works well for tall buildings as well as for normal-sized objects. Using this technique, you get a 2-point perspective while keeping the vertical lines parallel.

Designed and developed by Abvent for architects, designers, photographers and the professional imagery industry, iVisit360 is an innovative technology dedicated to creating panoramas and virtual tours. Sharing 360° panoramas on mobile devices or on the Internet is simple, fun and effective with iVisit360.  Abvent has also developed two new free players: HTML5 and Windows Phone players.

Users are invited to download a free, fully-functional version of Render[in] 3 for SketchUp during the public beta test period, which lasts through February 29, 2016.  Visit the Gallery for examples of stunning images created using Render[in].

Since 1985, the Abvent Group has offered innovative image and design solutions for CAD professionals in the fields of architecture, design, and photography. Abvent’s cutting edge approach to digital imagery has resulted in products and services that are innovative, powerful, and easy-to-use. Abvent develops and publishes Artlantis, a family of stand-alone 3D rendering applications developed especially for architects and designers; iVisit360 for Panoramas, iVisit360 VR Objects and animations; and Render[in], a powerful, fully-integrated rendering engine developed for SketchUp. Abvent is the worldwide distributor of Twinmotion, a visualization and 3D immersion software developed for architects, designers, and engineers.